Home > 7 places to see in Vidzeme during the winter

7 places to see in Vidzeme during the winter

Vidzeme is a very diverse region that is rich in tourist attractions. It is home to Gauja National Park, the rocky sea coast, beautiful cities and castles of the Livonian Order, as well as various cultural and historical centres. This is why everyone will find something interesting to do in Vidzeme, in winter as well! 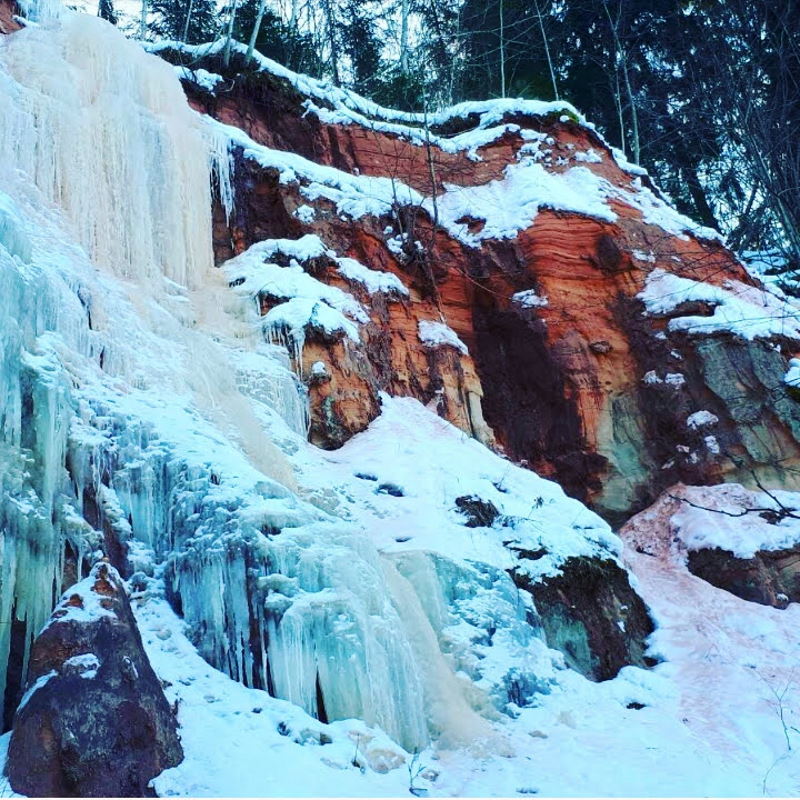 Cecīļi Nature Trail is located in Ieriķi, in the territory of Gauja National Park, on the banks of the River Kumada. The River Kumada is 3-7 metres wide and has limestone, dolomite, and sandstone outcrops along its banks. In addition, there are also some small waterfalls and a few large beaver dams on the banks of the river. On the left bank you’ll see the Cecīļi cliffs, which are more than 10 metres high, almost 100 metres long, and have small niches in the cliffs, called the Devil's Chambers.

All of this natural wealth can be seen by following one of the trails. There are 2, 4, and 12-kilometre routes available. During the winter, special Evenings of Light are organised in the trail, illuminating it and thus making your hike even more magical and beautiful. When visiting the trail, please remember to wear comfortable clothes and shoes suitable for hiking. In wet weather, the trail can be slippery and muddy.

To go hiking in the trail, you will need an entrance ticket, which can be purchased at the very beginning of the trail, at a small ticket office. Find out more information about the ticket prices here. 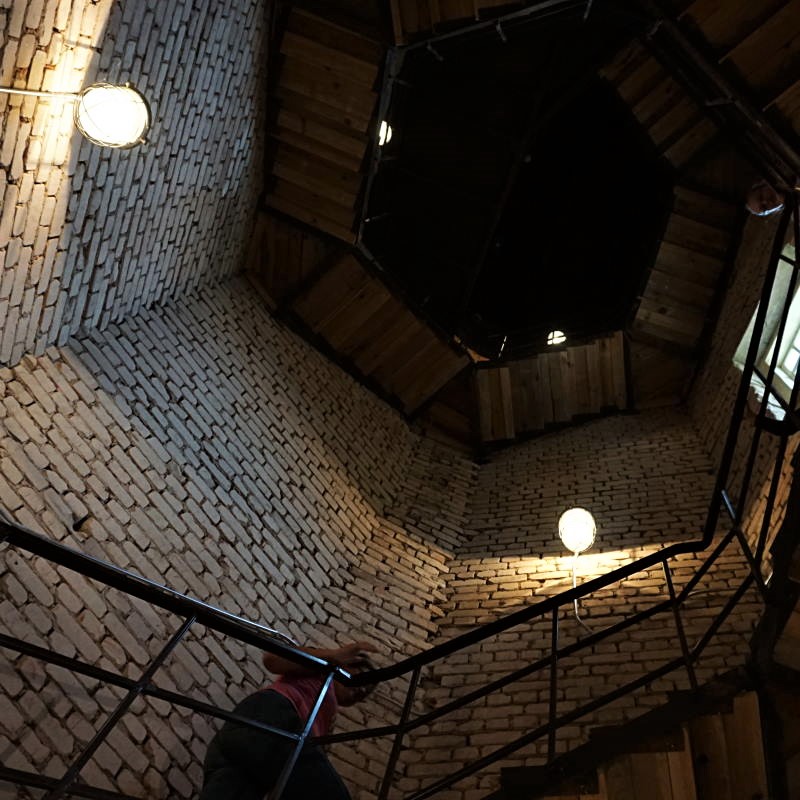 Zilaiskalns Hill is located in Kocēni Parish, Valmiera Municipality. Driving from Valmiera, on the left side of the road, shortly before entering the village of Zilaiskalns, you can see a large boulder with a sign to Zilaiskalns Hill. It reaches a total height of 126.7 metres above sea level, rising 66.6 metres above the swampy and lightly undulating plains that surround it. The hill itself is a beautiful sightseeing object, from the top of which there is a great view of the surroundings. Here you will also find ZTornis, the Zilaiskalns Cultural History and Visitor Centre. 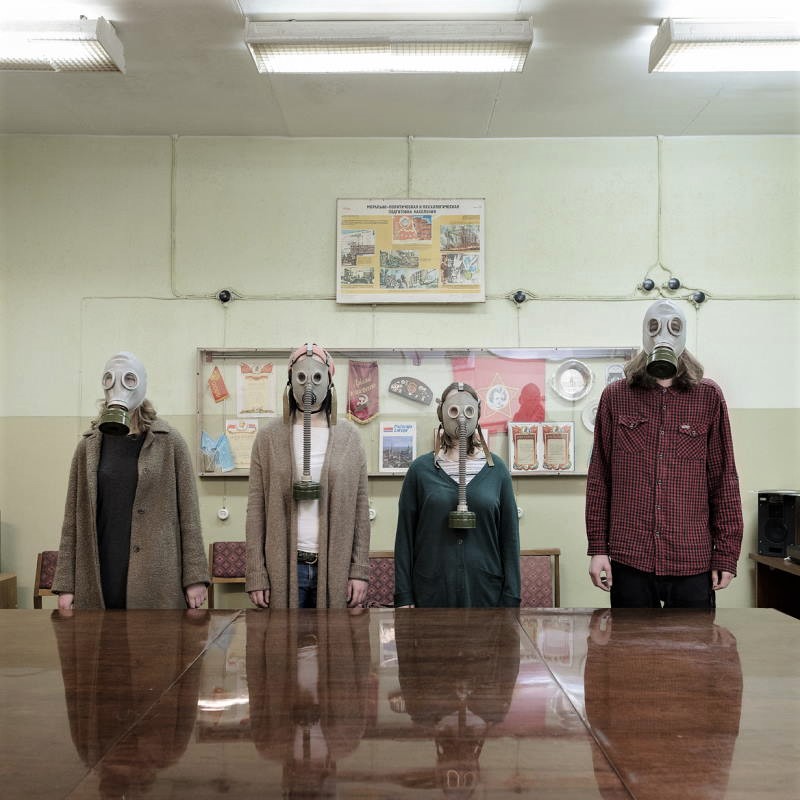 In the territory of the Līgatne Rehabilitation Centre, 9 metres underground, there is a 2000 m2 large, comfortable bunker that was only first revealed to the general public in 2003. It was built in the 1980s for the needs of elite politicians and state officials, in the case that they had to run the country during a nuclear war. Currently, the bunker is a sightseeing object, open to anyone. Accompanied by a guide, you can see with your own eyes where the representatives of the Soviet Latvian government would have hidden in the event of a nuclear war and what the bunker would have looked like, including various plans, Soviet-era paraphernalia, and other historical objects. It is also possible to have lunch in the bunker. If you opt for this, you will find yourself in a real Soviet-style canteen, eating food and enjoying drinks that will remind you of the Soviet times. There is a fee for entry to the bunker and guided tours are organised once every hour during the bunker's opening hours. The guided tours must be booked in advance. 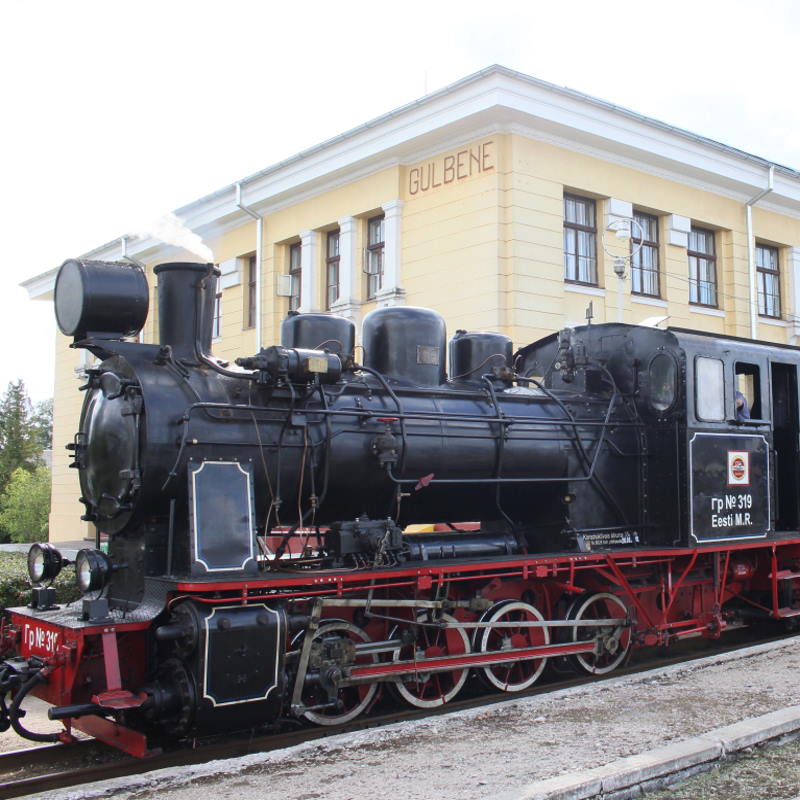 The Gulbene-Alūksne narrow gauge railway line was built in 1903. Initially, this railway line was much longer, connecting Pļaviņas, Gulbene, Alūksne, Ape, and Valka, but nowadays only 33 kilometres are left of the former 210 kilometres, and this is the only such train in the Baltic states still providing regular passenger services. In both Alūksne and Gulbene, before embarking on a truly unique train journey, it is possible to see the sights related to the history of the railway. For example, in Gulbene you’ll find the depot of the train, a typical 20th century locomotive depot with both narrow-gauge and broad-gauge tracks for parking trains, as well as repairing them. In turn, the Alūksne Bānītis station houses a museum, which holds a contemporary multimedia exhibition dedicated to the Gulbene-Alūksne narrow-gauge railway line that will allow you to learn about the history of Latvia's only narrow-gauge railway line, as well as discover other railway secrets! The Alūksne Bānītis Museum was nominated for the SEGD Global Design Awards, where the Latvian Design Studio’s H2E exhibition for the Alūksne Train Station received two awards - the 2019 Global Design Awards Honor Award and the Best of Show Award, the main prize of the competition. 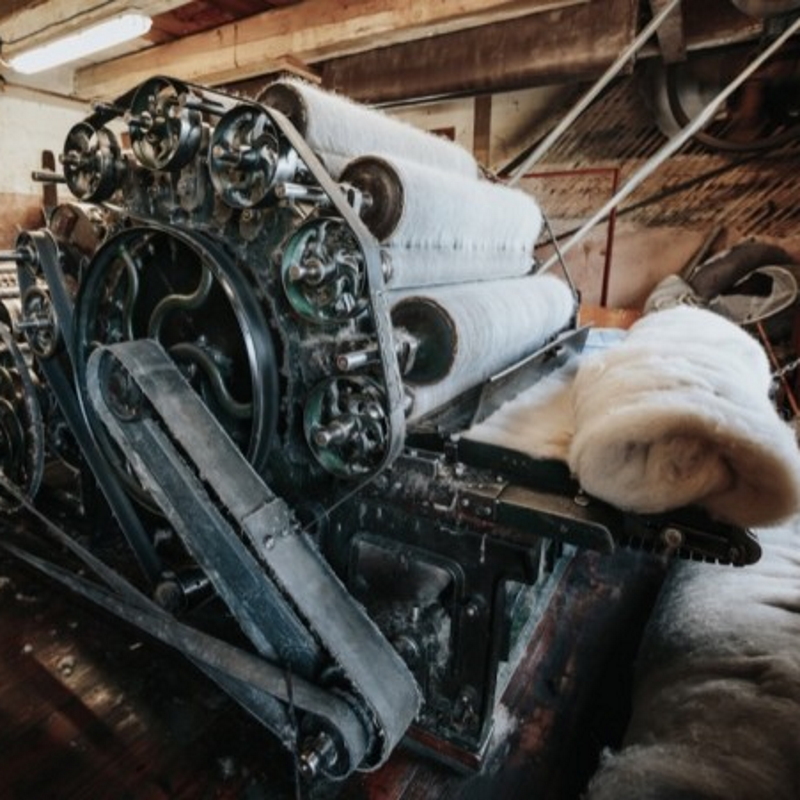 Ķoņi Mill is located only 7 kilometres from Rūjiena, on the bank of the small River Rūja. The building of the mill, although visible from a great distance, does not remind one of a traditional mill. Here you can learn about the history of flour milling and watch wool being processed according to ancient methods. The oldest equipment in Ķoņi Mill dates back to the 18th century. The mill was built about 210 years ago by Baron J. von Menzenkampf, who managed it himself until 1922. Nowadays, guests at Ķoņi Mill are welcomed by the host Mirdza Čākure or her colleague Mārīte, who will show you around the mill and its equipment and tell you the story of the site. Tours must be booked in advance. It is also possible to purchase various sheep wool products, such as blankets and pillows, at the shop of the mill.

Gaiziņkalns, the highest peak in Latvia 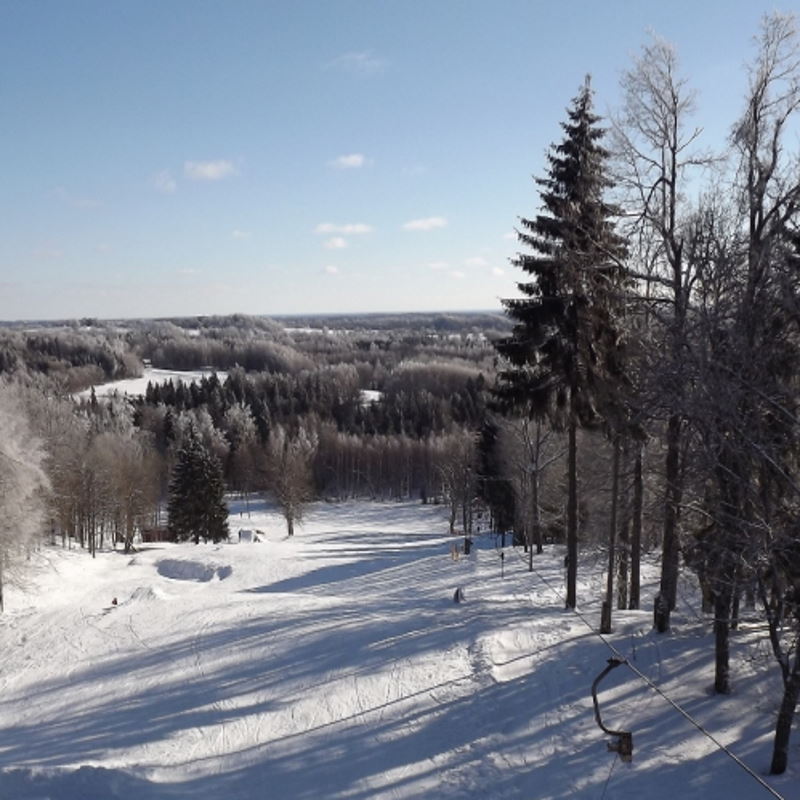 Gaiziņkalns is the highest hill in Latvia. The absolute height of Gaiziņkalns is 311.94 metres above sea level. Interestingly, the name of this hill comes from the word ‘gaiszinis’, meaning ‘understands the air’, and it is still considered a reliable predictor of weather. Namely, if the hill is covered in fog or there is mist rising from it, then precipitation is expected no later than on the third day from that moment. During the winter, Gaiziņkalns offers many winter activities, such as skiing, snowboarding, and sledging.

There is also an equipment rental point on the hill. When the ground is not covered with snow, you can enjoy the Gaiziņkalns trail, a 2-kilometre long loop that leads over the top of the hill and along the foot of it. The trail is well marked and there is a large gazebo at the top of the hill, as well as several information stands on the trail. From the top you will be able to enjoy picturesque views of the foot of the hill, as well as its surrounding area. The trail can be accessed free of charge.

Rauna, a small town that will not leave you indifferent 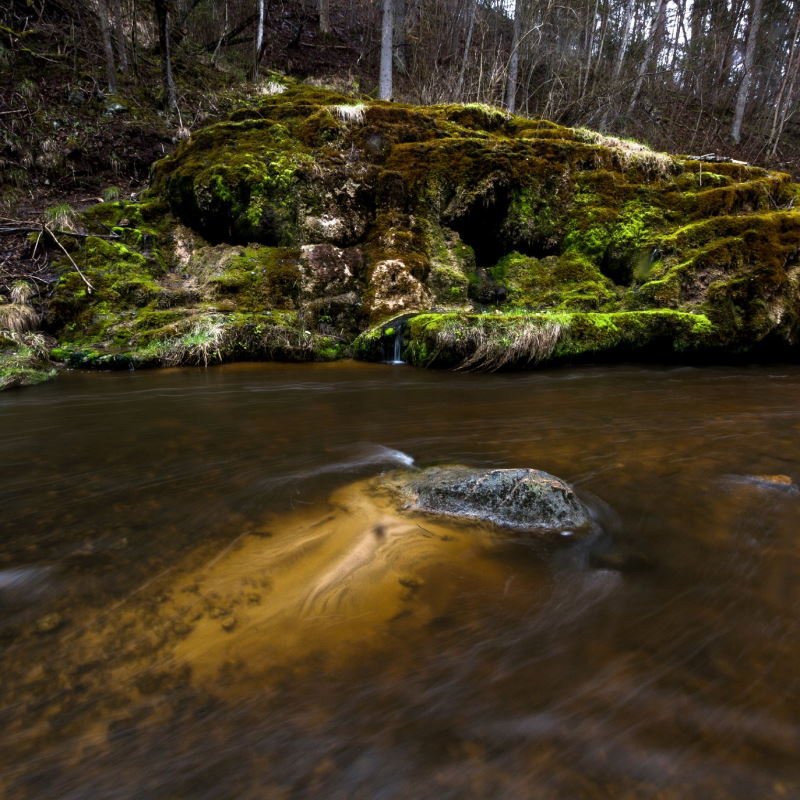 Rauna is a populated place in Latvia, in the valley of the River Rauna. The current territory of Rauna was already inhabited by Baltic Finns in the 1st millennium BC, but in around 600 AD the Latgalians came to the Rauna region. Later, in the 16th century, Rauna Castle was built, the ruins of which are still well preserved today. By the first order of the Archbishop of Riga, the construction of Rauna Castle began in 1262 and it was to be one of the main residences of the Archbishop. At the beginning of the 16th century, the castle was significantly expanded and a mighty medieval town grew around it. At the end of the 17th century, all the towers of the forecourt were demolished and only the main buildings of the castle remained. Today, in the park of Rauna Castle, it is possible to see how big the castle once was, as well as climb the viewing tower to look over the former medieval city. Inquire about the possibility of climbing the castle tower in advance at Rauna Tourism Information Centre.

Once you have visited the castle, we recommend going to the Staburags cliff of Rauna, which is located only a few kilometres from the centre of Rauna, on the bank of the River Rauna. The Staburags cliff of Rauna is a unique post-glacial natural object. It is a limestone formation about 3.5 m high and 17 m long, which was formed over many centuries by moss calcification in the spring waters rich with calcium carbonate. The spring that flows over the cliff is continuing to grow the formation even today.

All of these sites prove the diversity of the Vidzeme region and the abundance of natural pearls in the area, which is also confirmed by the fact that part of the territory of Vidzeme is occupied by Gauja National Park. Vidzeme is captivating in all seasons and in all weather conditions, so all that’s left to do is choose the most suitable place to visit for every situation!

Rocky coastline, hills, gorges and valleys, lush locales along the banks of the Gauja River – these are just some of the unforgettable...

This is the time to discover paths less traveled in Latvia, and fortunately we have a lot of them here! We have a lot of beautiful,...
Load more items
print iconprint pdf
Last updated:
30.11.2021