Our beautiful mills are a part of Latvian industrial heritage, and there are quite a few of them here.

All sites included in the Industrial Heritage Project (including mills), in both Latvia and Estonia, can be seen on this map: https://industrialheritage.travel/map! 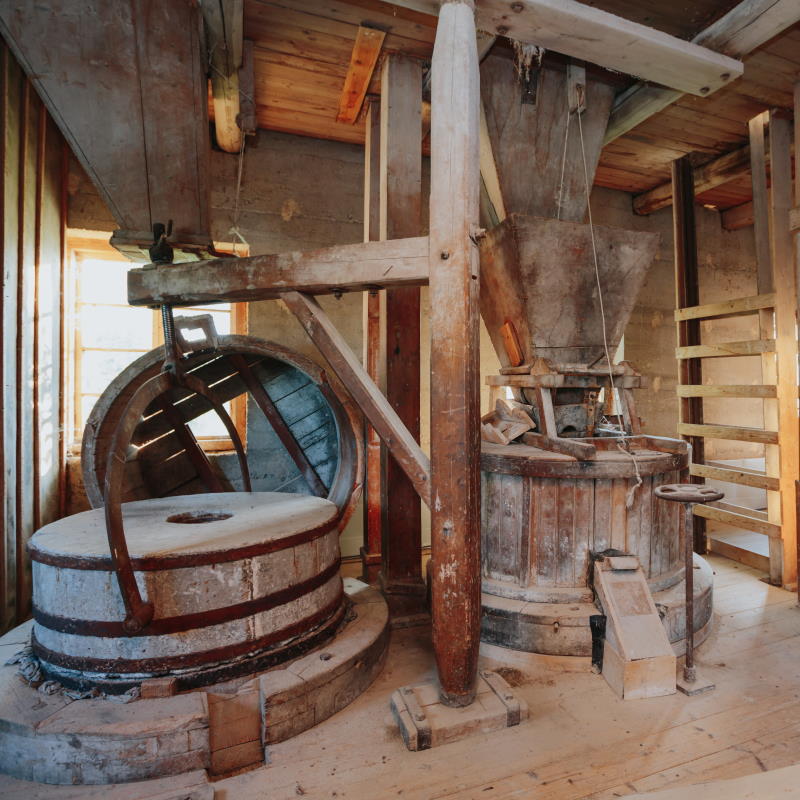 This watermill was constructed on a river in 1938. Some remember that at that time the old master took out a loan of half a million Latvian lats. In two years he built what then was the most modern mill in the country. This mill still stands today, and amazingly it wasn’t harmed during World War II.

The mill’s last flour sacks were ground in the early 2000s when a farmer brought four sacks of grain there.

However, all the equipment and machinery is in good condition - the grinding of flour, semolina, pearled grains, and groats, as well as cleaning grain, is possible. In 1997, a hydropower plant was erected here; there are excursions for getting acquainted with it. 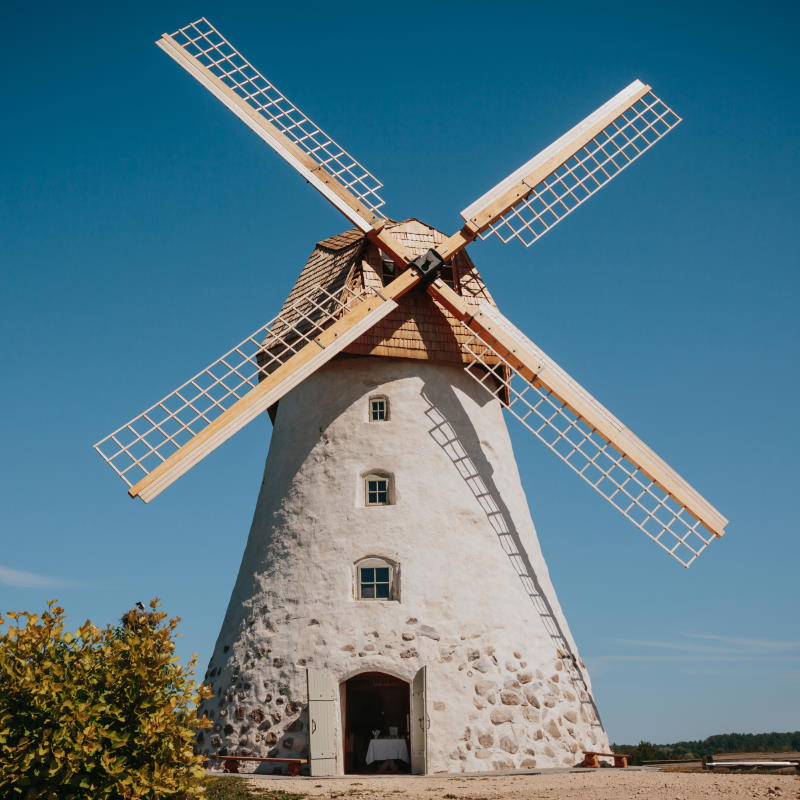 The Āraiši Windmill was built in the mid-19th century for the needs of the Drabeši Manor. It is a Dutch-type windmill. It is curious that the windmill has an adjustable “head” which is called the “cepure” (hat). By the aid of a mechanism, a person standing at the bottom of the mill can turn the “head” in the direction of the wind in order to start the sails’ movement.

The windmill was ruined during the second part of the 20th century, but in 1982-1984 it was reconstructed with the support of Gauja National Park. Nowadays tourists can visit the multi-floor mill’s renovated machinery and try a special meal made with barley groats. 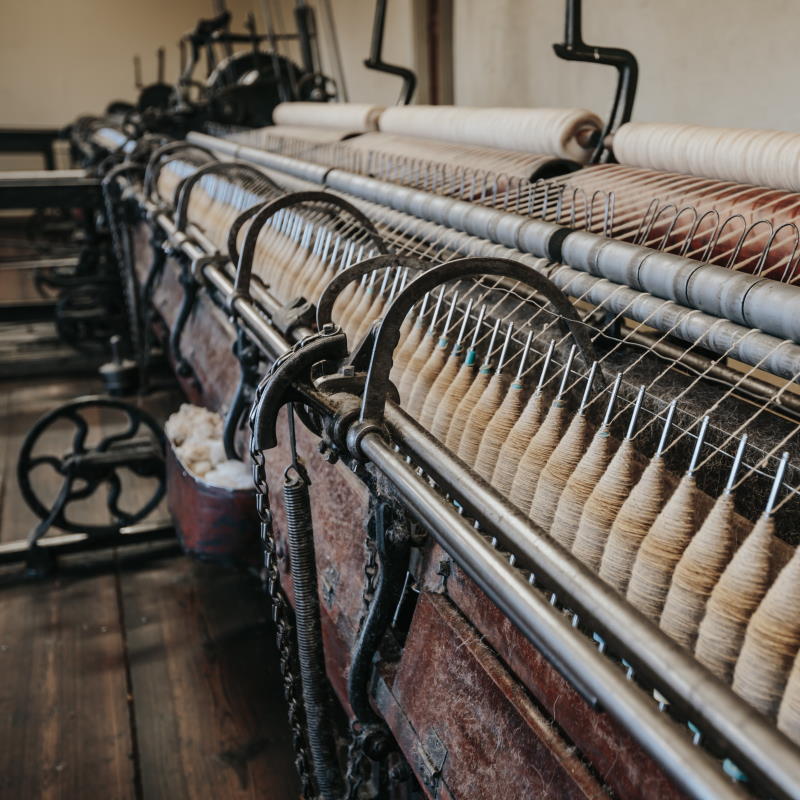 This object is unique because it’s the only place in Latvia where you can see the combing, spinning, and twisting of wool and flour grinding all in one place. It was built about 210 years ago by Baron von Mensenkampff. The mill functioned even during the war: in 1943, eight tons of wool were processed here! Since August 25, 2000, when a hydropower plant was installed in its basement, the mill has produced electricity.

In 2005, the enterprise SIA “Ķoņu dzirnavas” built a new guest house on top of the foundations of the old cowshed, reconstructed the dam, and installed a fishpond. 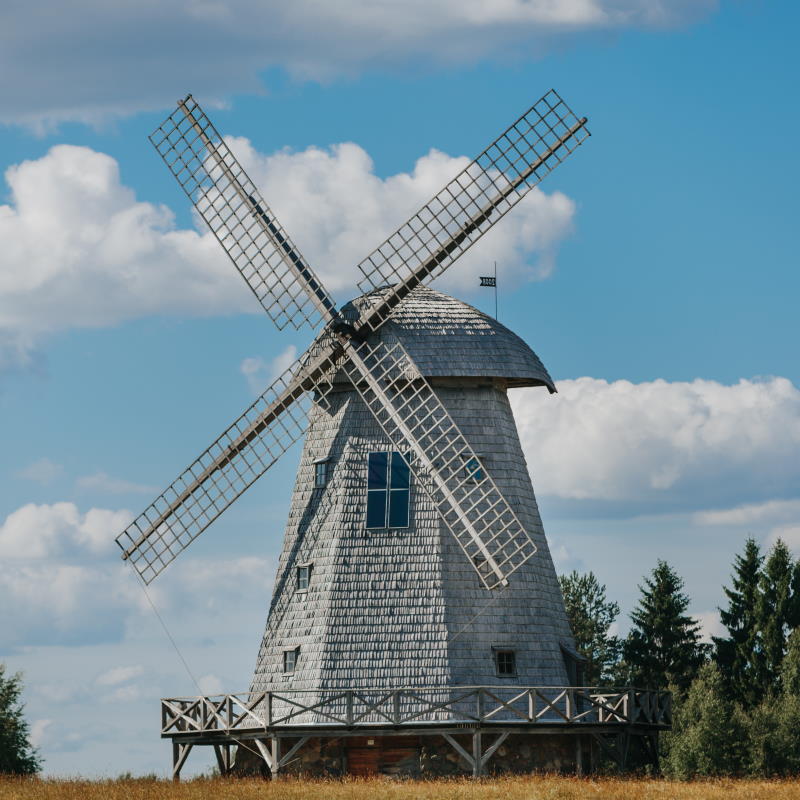 The first written record of this mill dates to 1601. It was built on the land of Kalnvēveri, the biggest farm of Vecpiebalga at that time. It is known that the mill is so well-conserved because the management of the local kolkhoz knew how to appreciate its historical value.

Nowadays this beautiful mill is being taken care of by the Ethnographic Open-Air Museum of Latvia, so that the historical monument can be conserved in its original state. 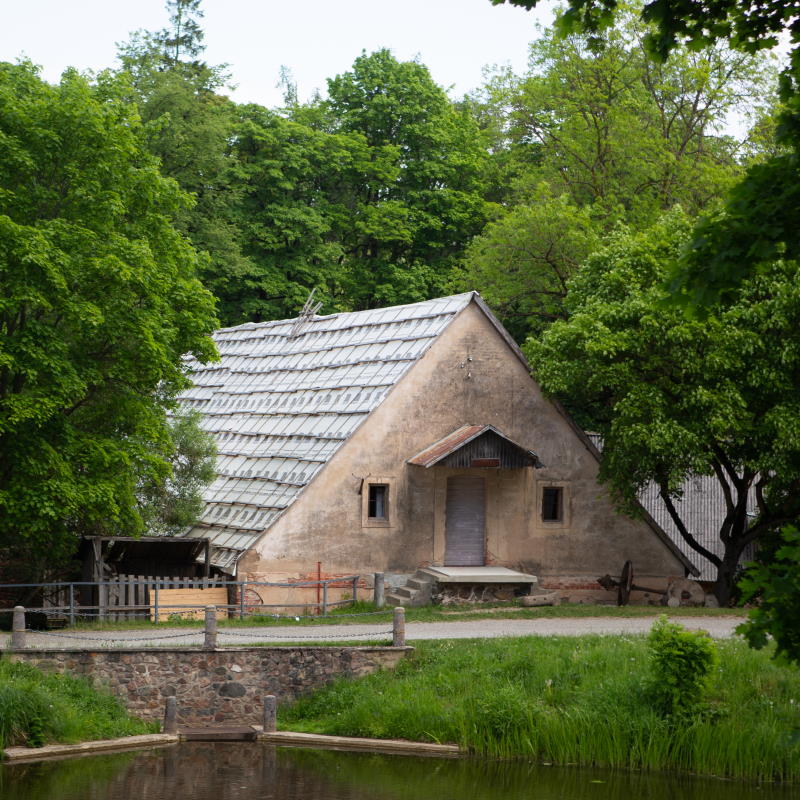 Located in Jaunpils Park, this mill was erected during the reign of Baron von der Recke (18th century). The object has been used as a flour mill, a sawmill, and a carpenter’s workshop. Mill machinery from the 1920s and 1930s has been conserved here, along with some hydrotechnical buildings and a reservoir.

The object is equipped with a touchscreen monitor which allows visitors to explore the history of the mill. It is also possible to try grinding flour and cooking with it, to learn about ancient recipes and the way our ancestors got their food during previous centuries. 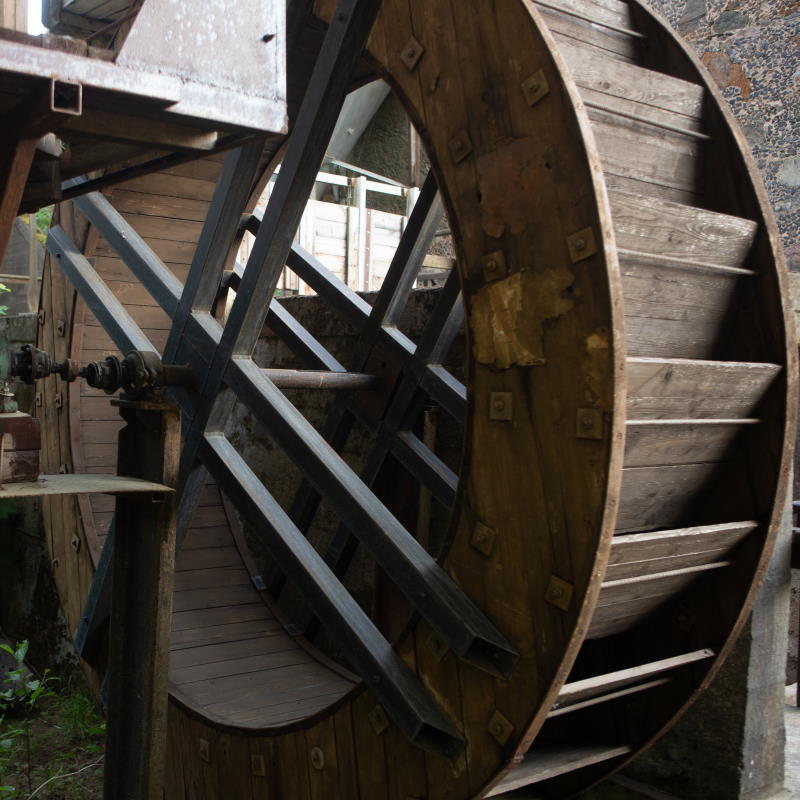 The mill has stood in its place for a long time. In 1863, Engure Lake was connected with the sea gulf, and the lake’s water level dropped by two metres. It was then that Count Landsdorf built this impressive mill. In the past, all the machines in the mill were powered by its waterwheel. There were machines for wool combing, yarn spinning, and grain grinding in the mill.

Nowadays the historical waterwheel, with its grain grinder, has been reconstructed. It is on display for everyone to see. On special occasions the owner, Oskars, plays the saxophone on the mill lake’s stage. It lends a visit just the right atmosphere! 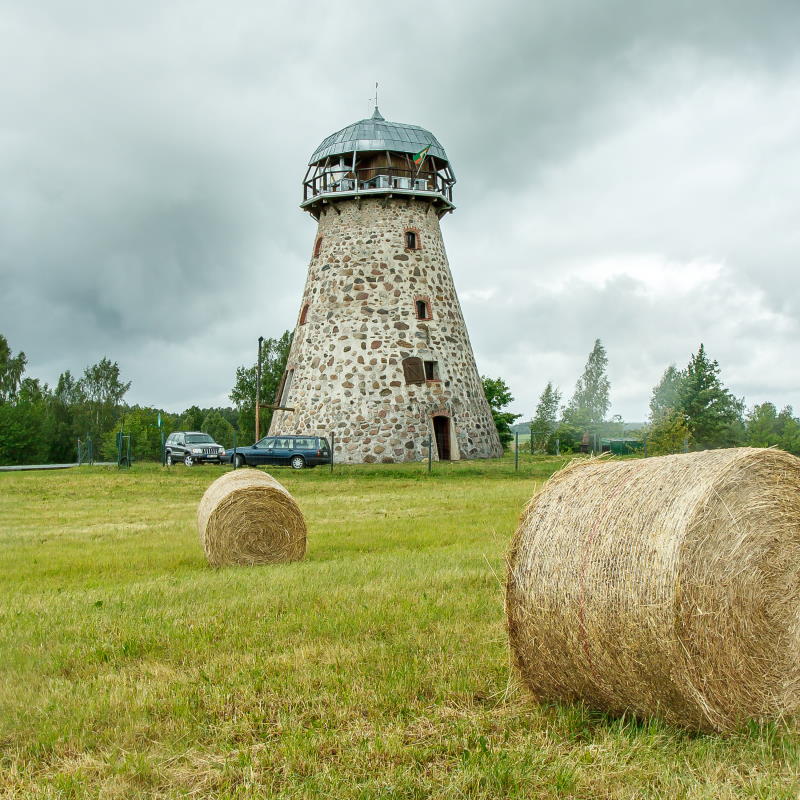 This boulder windmill was constructed around 1868. The mill was part of the large Valdgale Manor. Until 1921 it belonged to the family of Baron von Fircks. During your visit you can have a walk on the roof terrace, which offers a broad panorama of the surrounding area. Enjoy the best views at sunset!

The mill has six floors interconnected by stairs. The owner has installed a lift for moving various objects like containers up and down. There is an idyllic, rural-style kitchen, four bedrooms, a living room, and even an office and a bathroom. A fireplace keeps the mill warm. 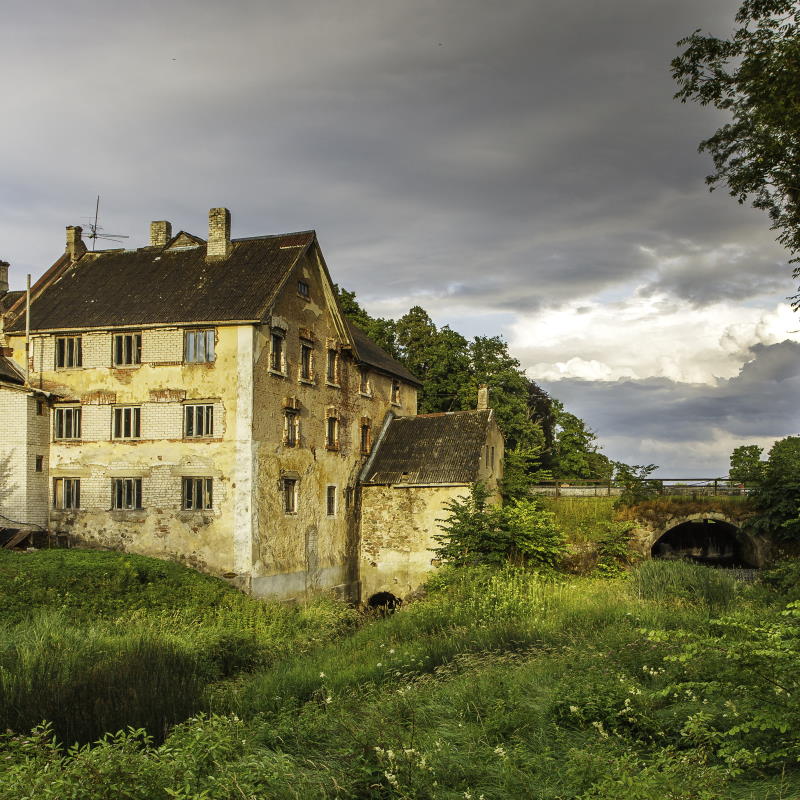 The Cīrava Mill is currently occupied by the association “Cita Abra” (Another Trough), which manages the centre for informal education, artist residencies, and culture, “Kultūras dzirnavas” (Cultural Mill).

The objectives of the association are to preserve and restore the Cīrava Windmill, to create a socially active environment for locals, to develop a creative space for art, dance, theatre, multimedia, and music projects, and to understand the surroundings and its resources and include them in the association’s activities.

What makes Latvia a great travel destination? Beautiful, hidden locations to include in your planned trip around Latvia! If you have...

In all seasons but especially in summer, the sea entices friends of nature just like it would any of us. Latvia’s Baltic Sea coastline is...
Load more items
print iconprint pdf
Last updated:
04.02.2021