Latvia can be proud of its long-standing and rich cultural traditions, and a great way to get to know them is to enjoy them yourself! We have put together eight great holiday destinations for different tastes. 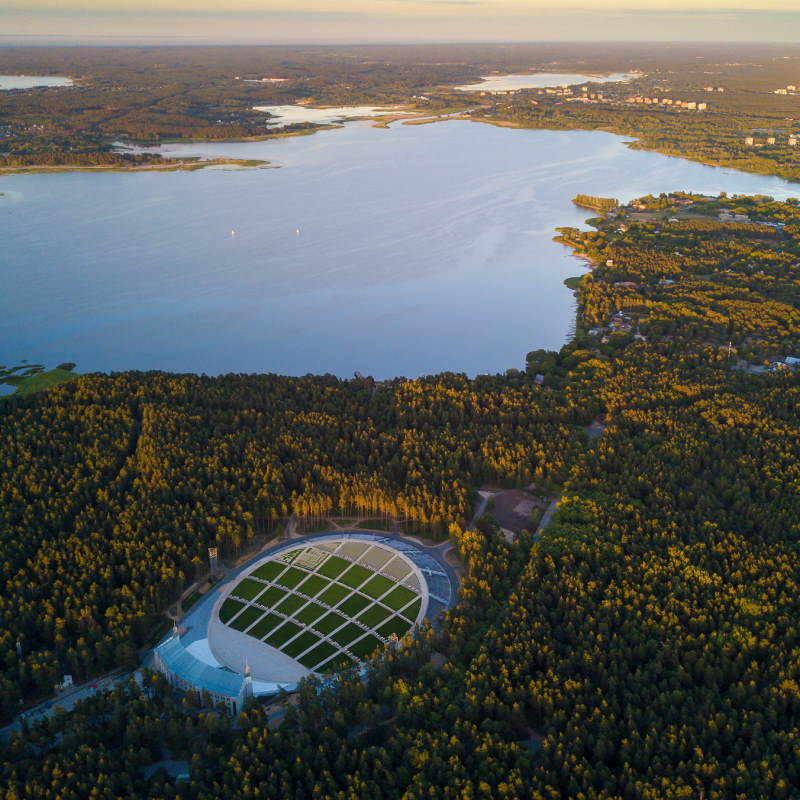 Mežaparks Open-Air Stage is a cultural and historical building in the green park area of Riga city - Mežaparks. The Open-Air Stage has a great cultural and historical significance, and over time it has become a permanent venue for the more than 150-year-old Latvian Song Festival tradition. This impressive building was built in 1955, but the most recent reconstruction was completed in June 2021, and the Latvian Architecture of the Year Award was received for this reconstruction.

At present, the complex includes an open-air stage, a concert hall, an exhibition hall, conference and seminar rooms, which are suitable for all kinds of large-scale concerts, activities and events. Every resident, guest or visitor of the city of Riga has the opportunity to see this important cultural site, the main venue of the General Latvian Song and Dance Festival - the Mežaparks Open-Air Stage, its concert hall and visit the exhibitions in the exhibition hall.

The Ethnographic Open-Air Museum of Latvia 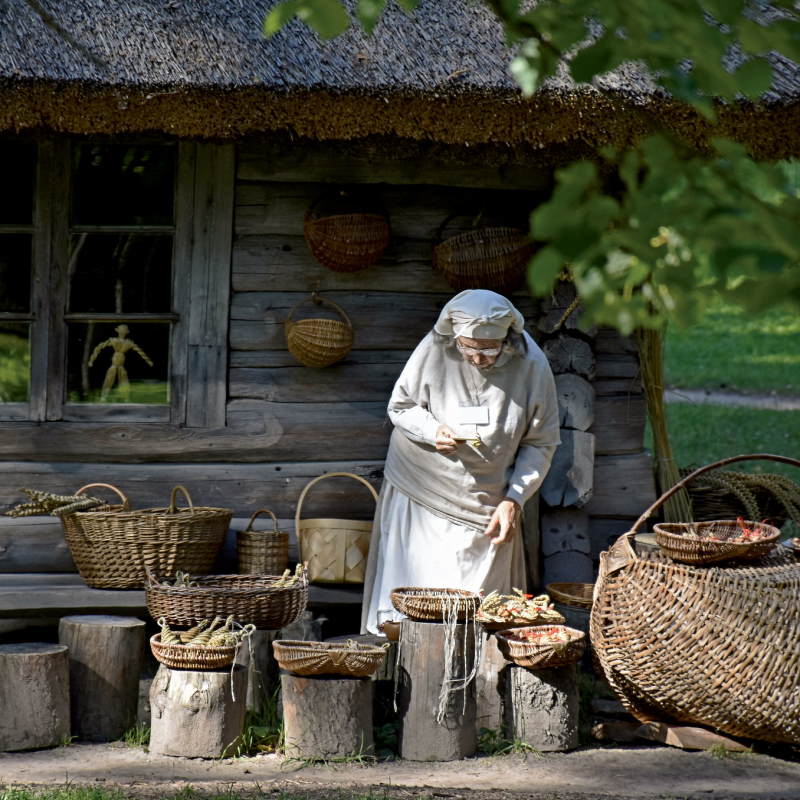 This is one of the oldest and largest open-air museums in Europe, and it tells about the life of farmers in the Latvian countryside from the end of the 17th century to the end of the 1930s. The aim of the Ethnographic Open-Air Museum of Latvia is to allow visitors to get to know and enjoy the cultural heritage, work, everyday traditions, and aesthetic world.

The museum is located in Pierīga and it is possible to walk around the complex yourself or go on organized excursions, getting to know the history of the separate regions of Latvia or getting acquainted with most of the exhibits of the Open-Air Museum accompanied by a guide. 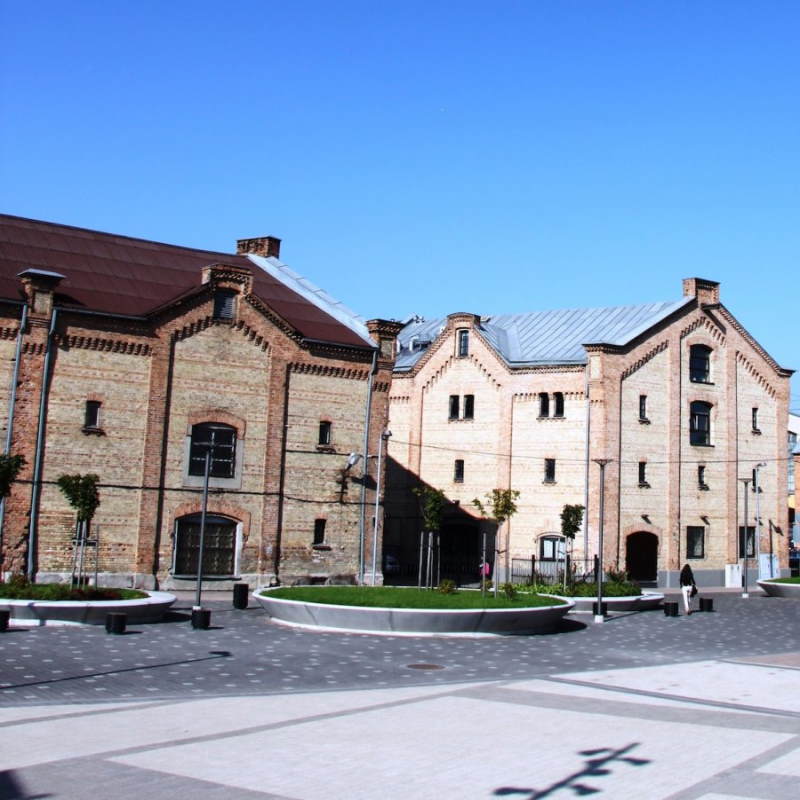 Not far from the Old Town, Riga bus station and Central Station is the Spīķeri Quarter. This place was the location for loading and unloading cargo ships several centuries ago, but now in the warm months of the year music and art lovers gather. Various concerts and events take place on the open-air stage, which makes recreation in Riga, on the banks of the Daugava, truly unforgettable. After visiting a cultural event in Spīķeri, we invite you to take a walk along the promenade, look over to the other bank of the Daugava - Pārdaugava - and enjoy a fabulous sunset. 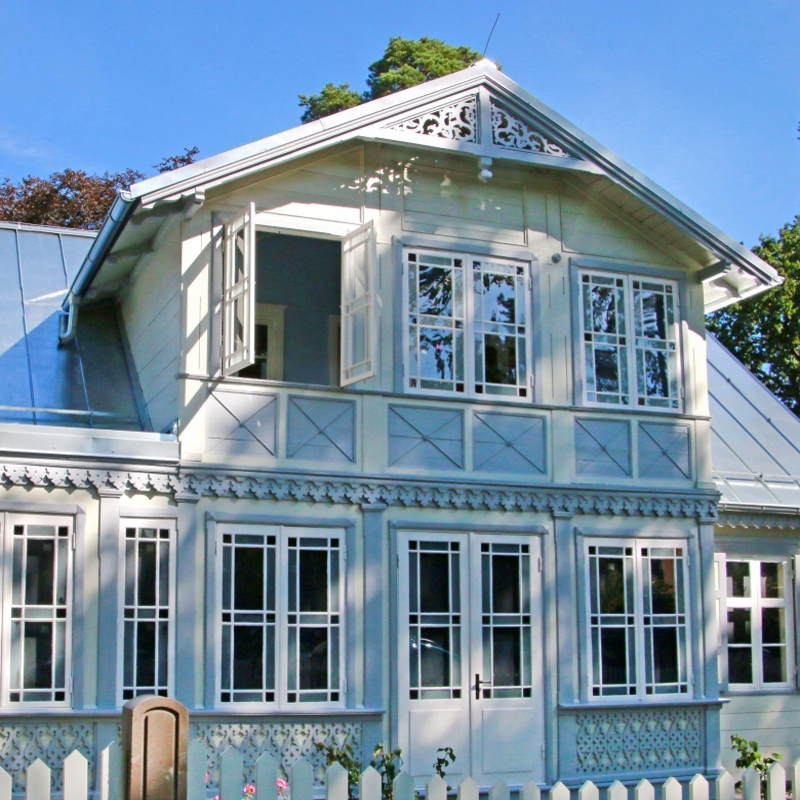 Rainis and Aspazija are two of the most brilliant Latvian writers, theatre workers and politicians who have significantly influenced the development of both the Latvian language and cultural life. To celebrate these talents, we recommend going to their summer house in Jūrmala, Majori. Visitors to the museum have the opportunity to see the upper floors of the summer house, where Rainis and Aspazija lived, as well as to get to know their love story in the exhibition.

This museum is also worth a visit for its unique architecture. The museum complex combines three buildings typical of Jūrmala's wooden buildings, which are characteristic to the 19th century and first half of the 20th century. The architecture of Jūrmala is characterized by splendid woodcarving decorations in the design of window openings, building facades and roofs, and the features of classicism, historicism, art nouveau and national romanticism, as well as functionalism naturally coexist here. 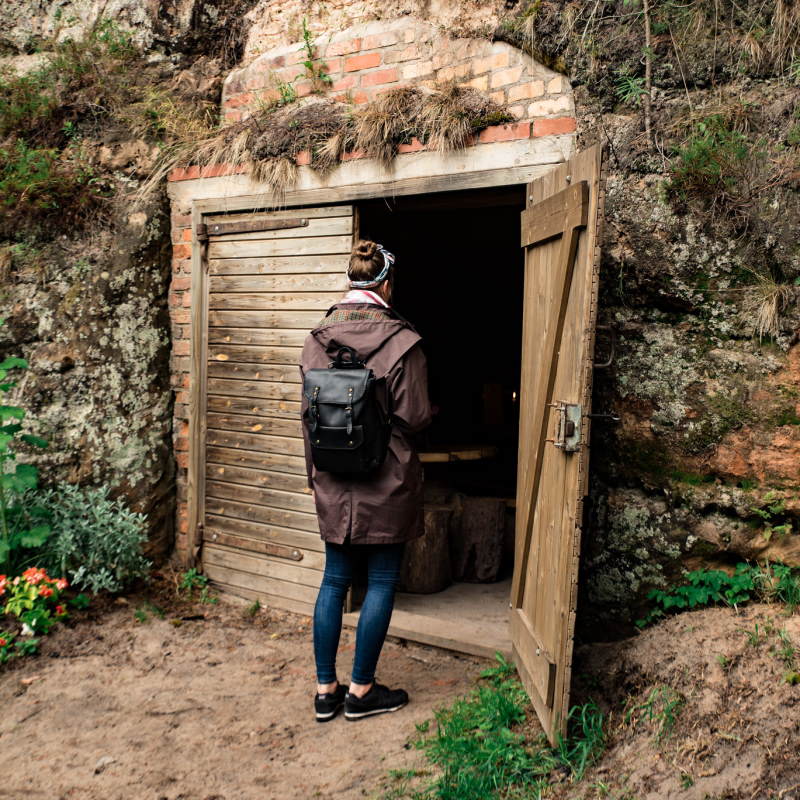 This will be an atypical museum visiting experience - being nine meters underground! This bunker houses a shelter for the Latvian communist power elite in the event of a nuclear war, and features authentic Soviet-era exhibits, such as various Soviet-era maps and plans, telecommunications units, and other facilities that would allow its occupants to stay there for many months. 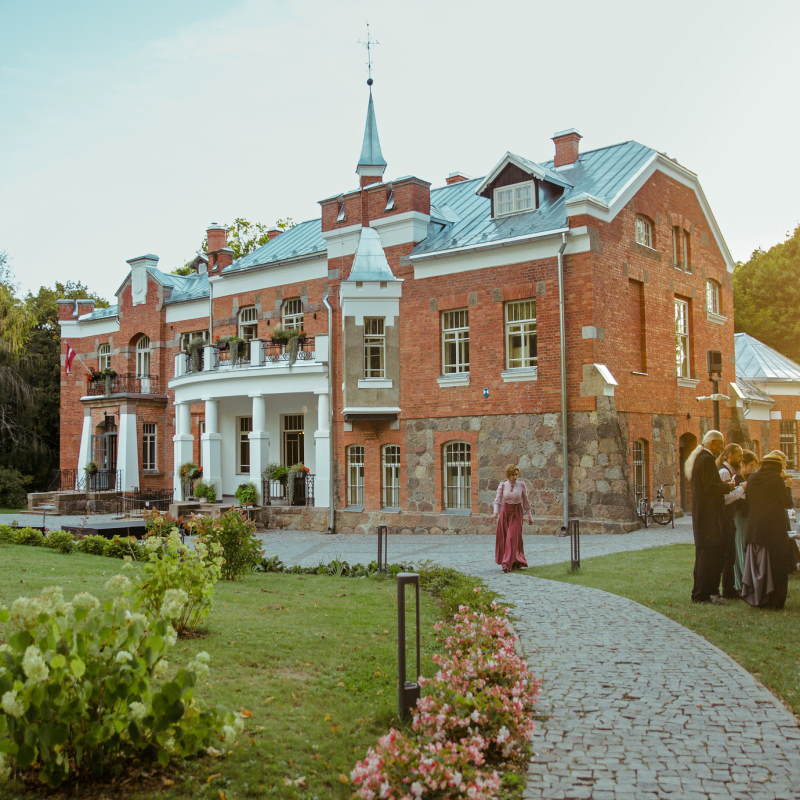 This manor is an unusual example of romantic art nouveau, built in an effort to implement 20th century European architectural and artistic trends, with a beautiful, spacious park, a remarkable variety of trees, shrubs and roses, and picturesque park paths and ponds. From 1911 to 1915, Lūznava Manor was a significant cultural centre in Latgale, but after that it became an army headquarters, and later a school and administrative building. 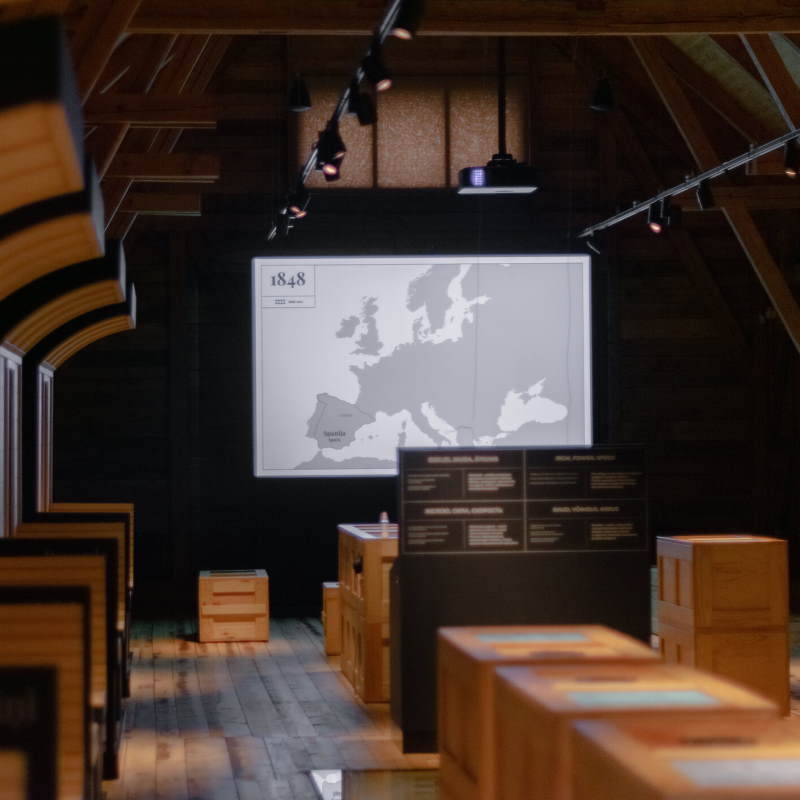 The Gulbene-Alūksne train is currently the only narrow-gauge railway in the Baltics that provides regular passenger services. The 33-kilometer-long section of the train takes 1 hour and 25 minutes, and the ride with it is a real adventure!

In the luggage barn at Alūksne station, the Bānītis Museum has been established, which allows you to get to know the history of the railway, the various stops on the Bānītis railway, and the stories behind them. The museum's exposition is interactive, modern and suitable for both children and adults. If you want to catch your breath after the train ride and visit to the museum, then a romantic cafe “Tvaiks x Ogle” has been set up at the station overlooking the narrow-gauge railway. 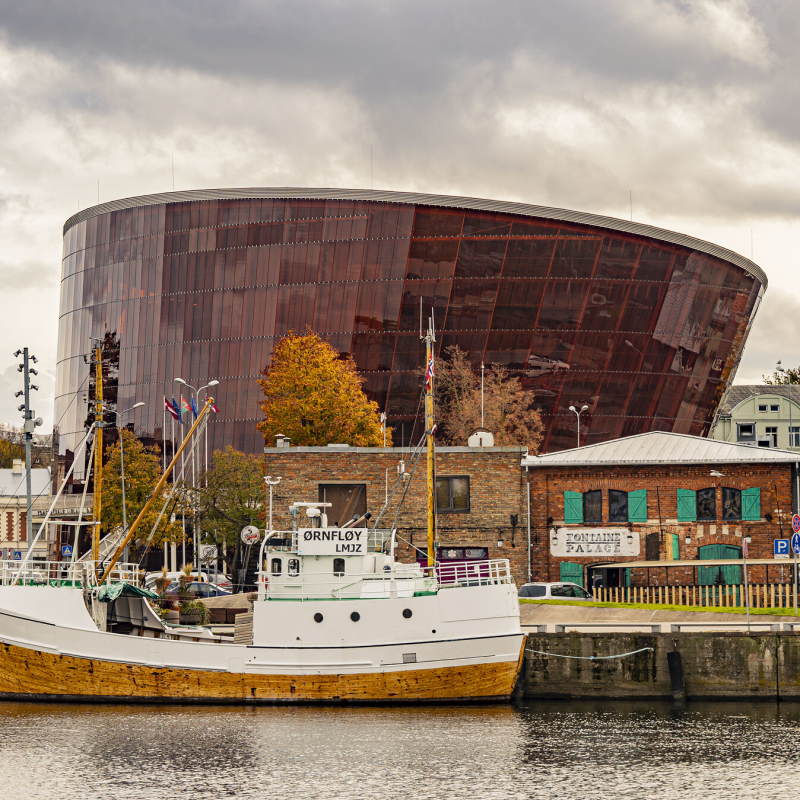 The art and culture centre "Great Amber" is visually reminiscent of the symbol of Liepāja - amber. On the other hand, the orange-red colour of the glass on the inside creates a magical and special mood. It has three high-quality acoustic concert halls, an art space on the ground floor of the Civita Nova building, as well as a café and restaurant "Čello". Explore the building, attend one of the cultural events and enjoy the great atmosphere!

Wherever you choose to go in Latvia, you will find a cultural center, museum or concert hall in almost every city where you can enjoy local music, art and culture.

Seeking answers to life’s big questions? You may find some of them at some special...

When thinking of Latvia, one is reminded of vast forests and nature. And it’s no wonder...

Industrial heritage is a part of Latvia's cultural heritage, which tells you about the...

A visit to the restaurant is a whole adventure - from special flavours and aromas to...

When traveling around Latvia, we recommend enjoying it with all your senses – not only to...