Latgale - the Land of Blue Lakes

It is not without reason that Latgale is also called the Land of Blue Lakes, as it boasts more than 1200 lakes, some of which are open, offering various recreational opportunities, while others are more secluded and surrounded by forest. The diversity of the Latgalian lakes allows every holidaymaker to find the most suitable place for escaping from the everyday rush of life and enjoying some wonderful free time.

In this article, a few ideas are shared for exploring the beautiful lakes of Latgale! 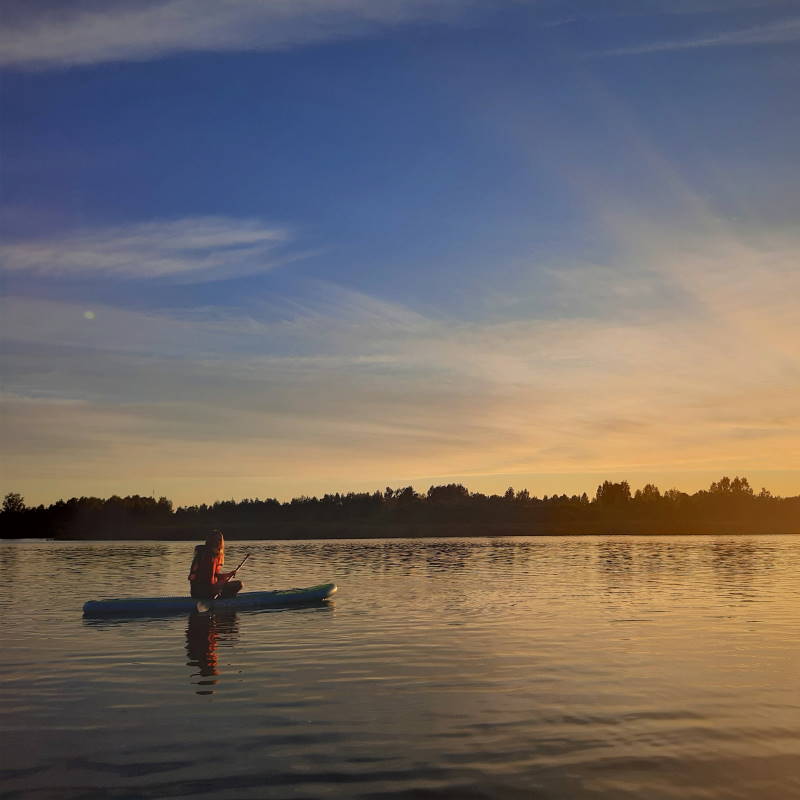 Lake Viļaka - there is a 1.8 ha large island on Lake Viļaka that still contains fragments of Marienhausen Castle, which used to be connected to the south-western shore of the lake by a bridge built on oak piles. Soon, a pontoon bridge will be installed in the same place, making the historic island of Lake Viļaka accessible again. Currently, there is a 442-metre-long walking trail around the island and it is still possible to get there by using the services provided by “Ezertūre”, such as SUP expeditions, catamarans, and soon wooden boats. 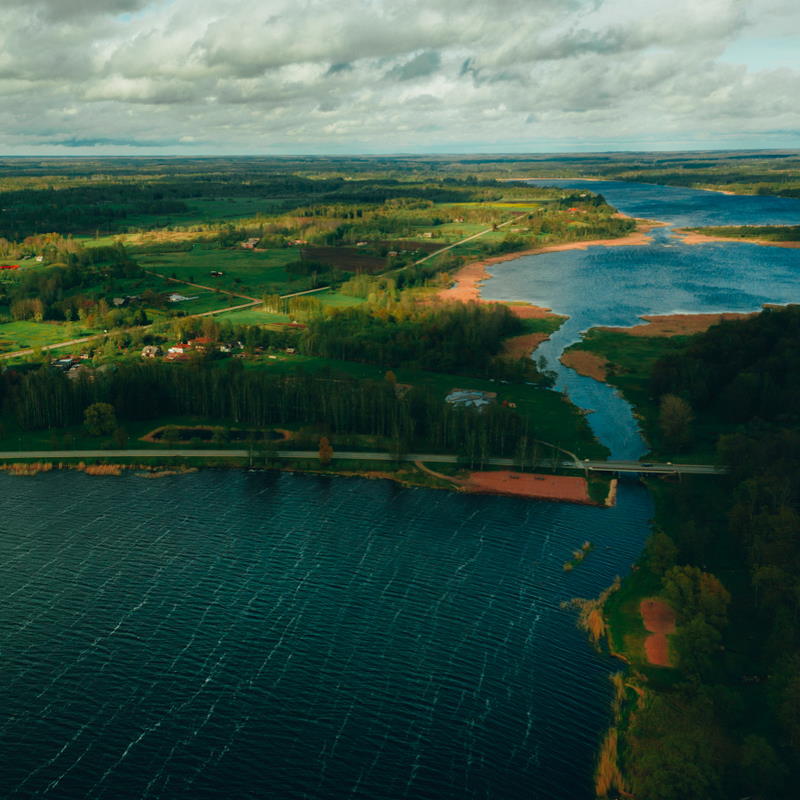 Lake Balvi is located in Kubulu Parish, Balvi Municipality, and the city of Balvi. On the shore of the lake, you will find the Balvi manor complex with the former manor and the manor park with the environmental object “Air”, which is the world’s largest wind chime ensemble (installed in 2018, author - architect Didzis Jaunzems). Surrounded by the trees of the park, there are also multiple resting places with benches, as well as a beach and several beach volleyball courts.

On the opposite side of the lake, nature and the sound of waves can be enjoyed from the Old Park of Balvi with access to water from a footbridge, as well as a recreation area maintained by Latvia’s State Forests. Lake Balvi offers a variety of active recreation opportunities, such as boat, catamaran, and SUP board rental and a wakeboard park with floating water attractions.

For the twelfth year in a row, visitors also have the possibility to enjoy Lake Balvi on the Vilnītis raft. Lake Balvi is also popular among anglers, which is not surprising as skilled anglers are likely to get an impressive catch here. There are carp, catfish, pike-perch, perch, crucian carp, pike, tench, bream, and roach in the lake. In the winter season, stages of the Latvian Ice Fishing Championship take place on the frozen lake. 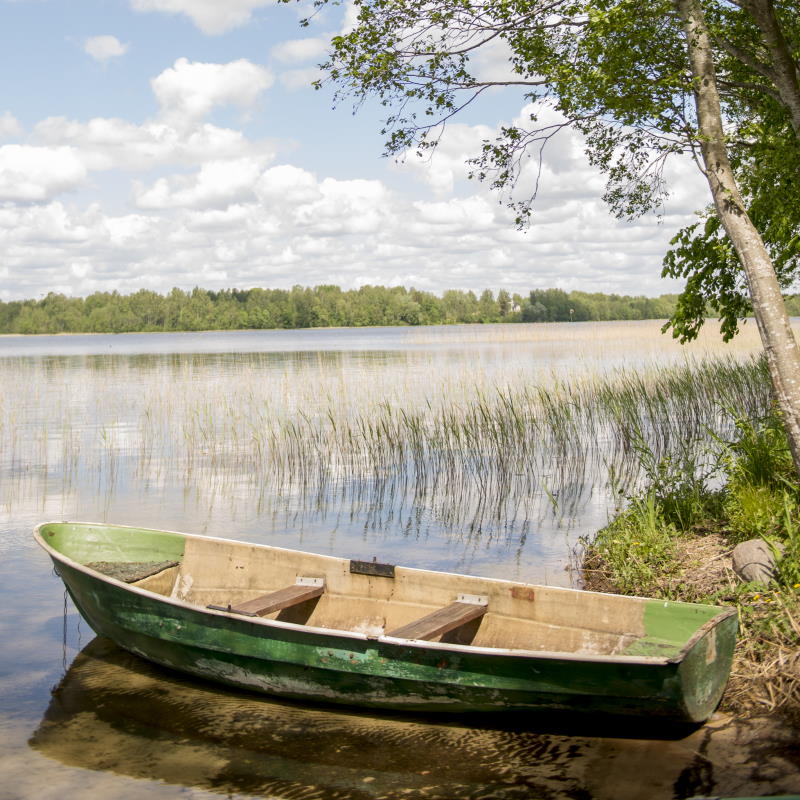 Drīdzis - the deepest lake in Latvia and the Baltics. At its deepest point, the lake reaches a depth of 65.1 metres. The surroundings of the lake are part of the Lake Drīdzis Nature Park and the lake has been in a nature protected area since 1977. It is connected to the Ots and Ārdavs lakes by a canal system. 8 species of fish have been found in the lake. There are also several islands on the lake, the largest of which is Bernāti Island, which was inhabited by people until recently.

Sīvers - the average depth of the lake is 6.3 metres, the maximum depth reaches 24.5 metres, and the lake has 20 islands. The largest cluster of the najas tenuissima aquatic plant in the world has been found in and around Lake Sīvers (these plants indicate the purity of the water). The lake is also popular with anglers. 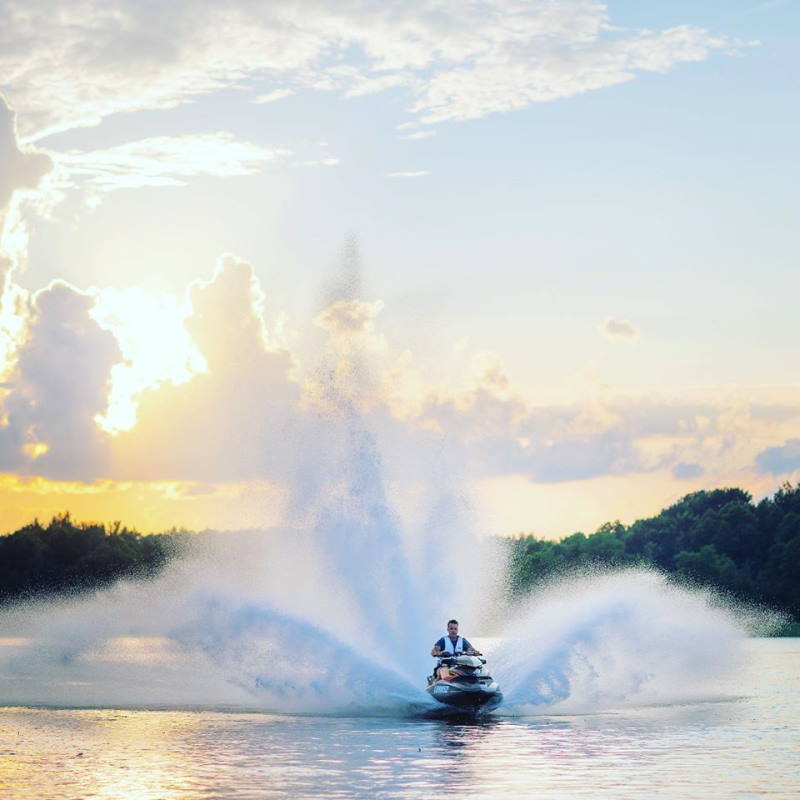 Lake Zvirgzdene is the second largest lake in Cirma Parish, Ludza District, and it has 6 islands with beautiful names, for example, Nut Island, which produces large amounts of nuts in autumn, Rose Island, which is home to a cinnamon rose, many wild roses, and other rare plants, and Love Island, which particularly attracts the romantically inclined. On the shore of Lake Zvirgzdene visitors will find the active recreation company “Atpūta Ludzā”, which rents a wide choice of equipment: rowing boats, canoes, rafts, SUP boards, windsurfing boards, jet skis, etc. 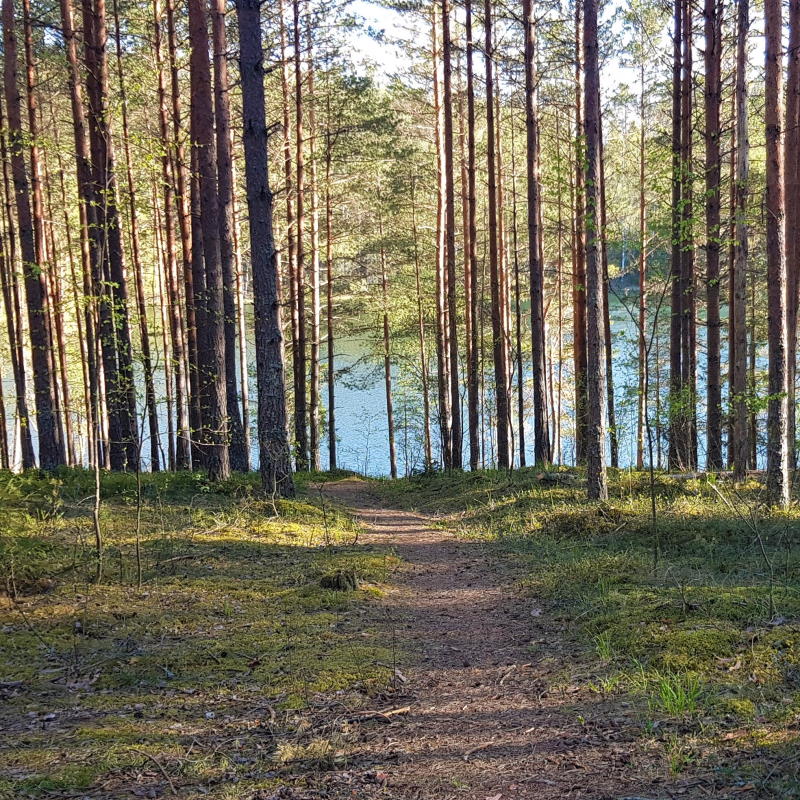 Asariņš (GPS: 56.206389,27.349444) - adventure seekers and explorers will enjoy the mysterious Lake Asariņš, located in the territory of Rāzna National Park, in Andrupene Parish, Dagda Municipality. This small lake is considered to be the little brother of Lake Čertoks. Slightly mystical in its appearance, it is surrounded by a pine forest. Visitors have access to a well-maintained recreation area and a path around the lake. 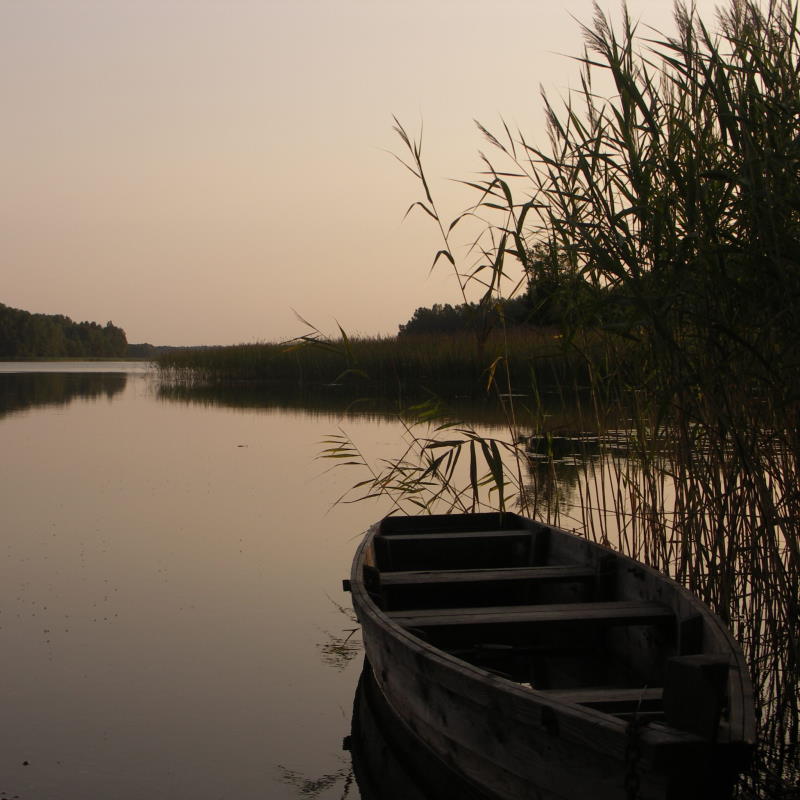 Lake Cirīšs is located in the territory of the Lake Cirīšs Nature Park, in Aglona Parish. A medium-sized lake that offers the possibility to enjoy a typical landscape of the Latgale highlands. The lake has several islands and one distinct peninsula - Jaunmuiža. Upursala is the largest of the lake's islands. In 2008, a nature trail (1.8 kilometres) was created on the island, which is a botanical reserve with 264 plant species. Upursala Island can be reached by boat.

If you are looking for ideas for recreation in nature and with the presence of water, then any of these lakes or even all of them will be created for you!

Have you ever wanted to stay overnight in a three house, bubble or on the lake? It is totally possible here, in Latvia! If you are planning...
Load more items
print iconprint pdf
Last updated:
28.09.2020