Home > Number of tourists travelling to Latvia continues to rise in 2nd quarter, 2015

Number of tourists travelling to Latvia continues to rise in 2nd quarter, 2015

Inese Šīrava, Acting Director at the Latvian Tourism Development Agency TAVA, commented: “The latest statistical data confirm once again the strength and attractiveness of tourism opportunities in Latvia. Taking into consideration a substantial reduction in the number of Russian tourists, we can be pleased that tourists from Western countries fully compensated for this reduction, and the overall number of tourists has even increased.”

The number of visitors from all the key tourism markets of Latvia continued to increase as compared to the 2nd quarter of 2014. The number of German tourists exceeded the number of travellers from Russia, who formerly accounted for the largest part of travellers to Latvia. Likewise, the numbers of tourists from Estonia, Lithuania, Finland, Norway, Sweden, the United Kingdom, etc. also increased.

Number of foreign visitors in Latvian accommodation establishments, changes between 2nd quarters of 2014 and 2015 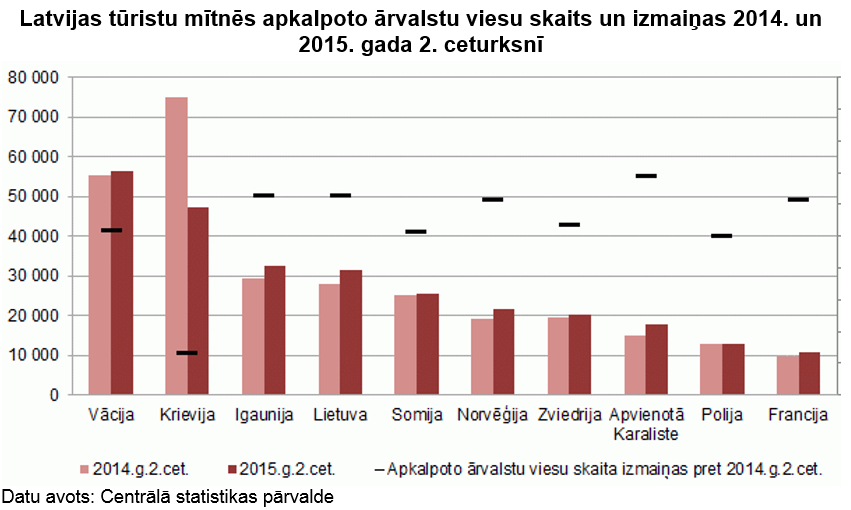 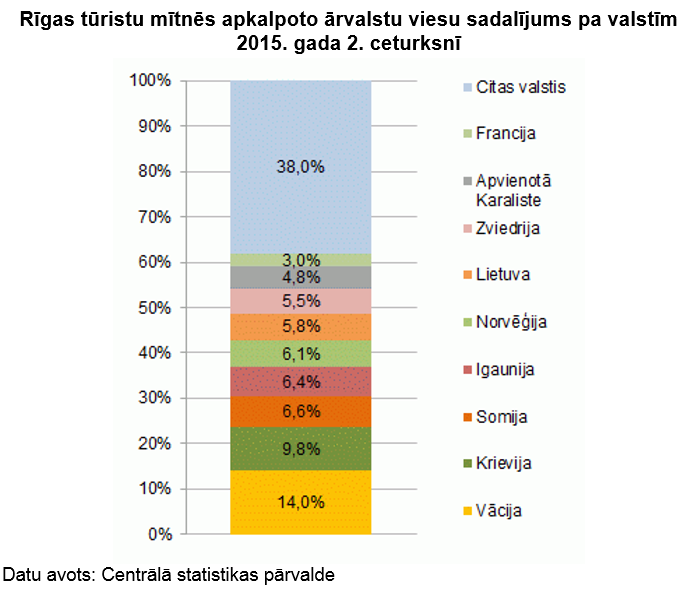