Have you planned to visit Latvia and want to know what is the one and true celebration that radiates real Latvianness? Of course, this is the Nationwide Latvian Song and Dance Celebration, in which traditions and patriotism can be heard in songs and witnessed in dances. This is no ordinary cultural event – it is an essential part of the Latvian identity. It is the most epic event in the cultural life of Latvia, which takes place for one week every five years, attracting thousands of spectators and listeners.

It is indeed a celebration – a unique phenomenon of the Latvian culture rooted in the heritage of Latvian folklore and in the traditions and creativity of professional music, which has acquired the meaning of a symbol of national unity and national identity over the course of history.

The events of the Song and Dance Celebration usually gather more than 30 000 participants. Along the dominant aspect of the celebration – the large joint choir, the artistic quality of which is based on a cappella singing traditions (polyphonic singing without instrumental accompaniment), the content of the celebration has expanded to also include other genres of folk art such as dancing, instrumental music, wind orchestra music, amateur theatre, applied arts, folk costume shows and others.

During the period from one celebration to the next, the repertoire is prepared and shows take place, in which the participants of the next celebration are selected. And there are constant and changing parts in the course of the celebration itself. The basic elements are considered to be the festive procession, choir concerts and choir competitions or song wars, as well as the closing concert at Mežaparks Open-Air Stage. Year after year, the closing concert delights those present with the great power of the song and the excellent choreography, which combines folk traditions with modern trends.

Probably, one of the reasons why this celebration has a special place in the heart of every Latvian is that the Song Celebration has always been the manifestation of non-violent resistance. Latvians have expressed their collective message by singing symbolic songs, while being part of the USSR, during the Awakening and also in the independent Latvia. Initially, the local choir singers gathered people for singing celebrations in Vidzeme and in Kurzeme. A few years later an idea was born to unite the residents of Vidzeme and Kurzeme, and in 1873 the first Nationwide Song Celebration was held in Riga. Since 2003, the traditions of the Latvian Song Celebration, along with the traditions of the Estonian and Lithuanian Song Celebrations have been included on the UNESCO Representative List of Intangible Cultural Heritage of Humanity. 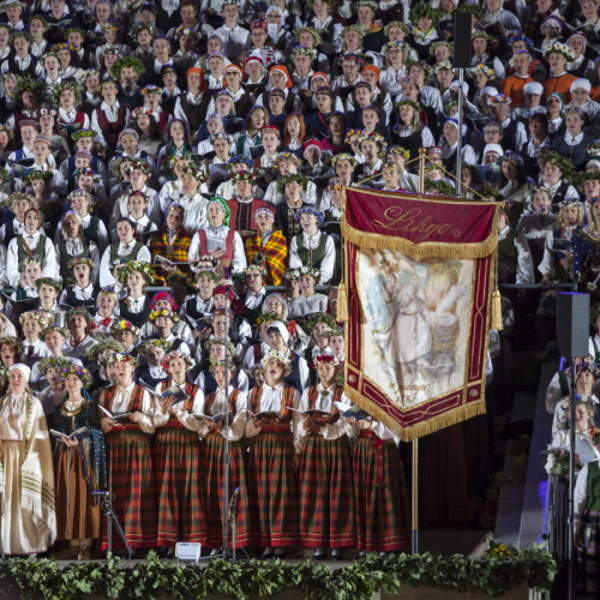 Song has always intertwined all aspects of Latvian life. There is a reason, why Latvia is still named “a country that sings”. It is said that the skills of singing and dancing are placed in the cradle of every Latvian. Many folk songs are sung directly through these motifs, such as: “Was born singing, grew up singing, lead my life singing.” Choir singing as a more professional expression has been an integral part of Latvian identity since the awakening of the nation in the 19th century.

Thus, collective singing became a genre as important for Latvians as opera, classical music songs, chansons and symphonies were for other nations. In recent centuries choral music has become the most popular genre of composers, conductors and public leaders in Latvia, thus becoming the leading genre of Latvian professional music. Also today, the culture of choirs is very topical, and currently there are about 370 mixed choirs, women, men and senior choirs in Latvia. Almost every school has a choir, and every amateur choir aspires to become a professional choir. Whatever the relationship is between each Latvian and song, Latvians unite in song at every celebration. 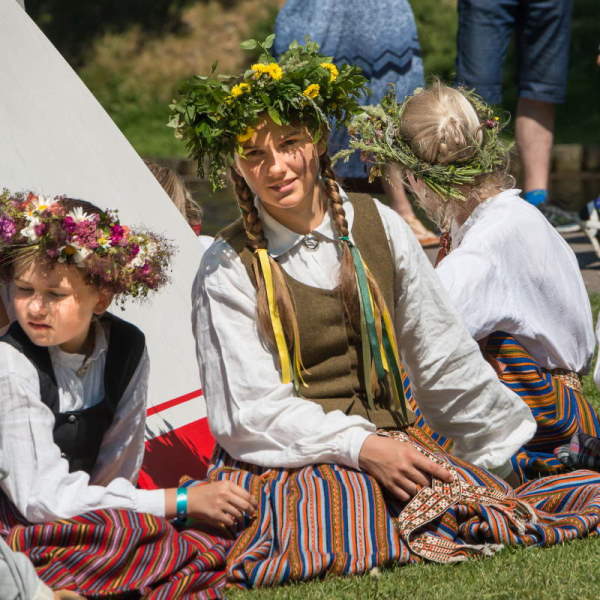 It is an event anticipated and enjoyed by many, where the new generation of Latvian singers and dancers can be witnessed, who will later become full participants of the Nationwide Song and Dance Celebration! This celebration helps to cultivate and develop ancient traditions. And while it may seem that spending a week singing and dancing is pure entertainment, it definitely isn’t. During the period between the celebrations, intense preparations take place for choir and dance shows, during which the young people have to learn to sing complex compositions and dance patterns, and there is no place for error. Each participant has to cope with a tight schedule and joint rehearsals, in which the acquired repertoire is strengthened. For the young people, it is a celebration, during which they can also meet their idols – usually, popular and favoured musicians and artists take part in the concerts during the celebration.

In the summer of 2020, the XII Latvian School Youth Song and Dance Celebration Choir Concert “Song Child” (Dziesmubērns) had to take place, but the festival was postponed to the summer of 2021. This celebration went down in history as the most distinctive and unusual one due to the fact that it took place differently. Not in person, but as an e-song and dance festival, in digital, video and audio format – for history, in songs and dances, feeling the mood of the celebration, participating individually, in single collectives and single regions. 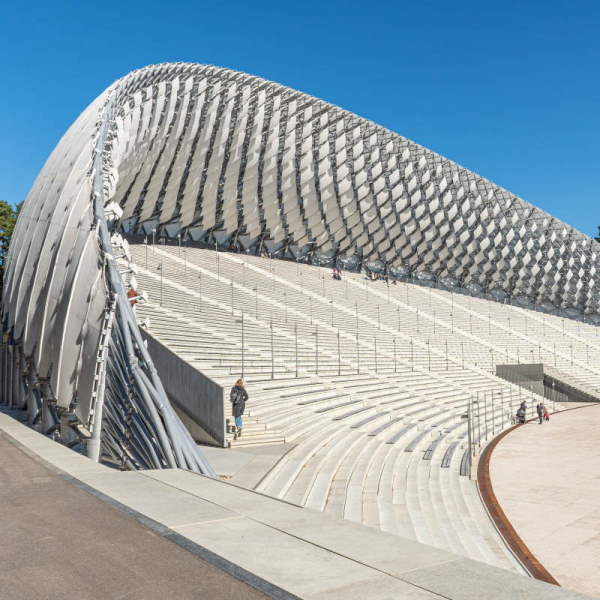 The newly constructed Open-Air Stage provides the opportunity to perform for 12 874 choir singers and has more than 30 000 spectator seats. An unwritten tradition is to sing songs every five years at the Open-Air Stage after the concert till the dawn of morning. Unwilling to end the celebration, some choirs together with the listeners tend to stay at the Open-Air Stage and sing choir songs, songs of pop culture, as well as traditional songs. This tradition, which is not created by the organizers of the celebration, represents the essence of the Latvians as the nation of singers and why this celebration is part of the Latvian identity.

If singing is also close to your heart and you want to feel its power, visit Latvia during the Song and Dance Celebration!

Becki Enright attended The Latvian Song and Dance Festival in 2018 and here is her suggestions and observations on how to truly enjoy this...
Load more items
print iconprint pdf
Last updated:
24.03.2022