Latvia and Estonia jointly form one of the main destinations in the Baltic Sea for sailors – the East Baltic Coast. Together there is created a network of more than 70 yacht marinas, located no more than 50 nmi from each other.

East Baltic Coast is one of the closest yachting destinations – just one stop from Sweden and Finland, and one stop from Lithuania.

Always having been part of the maritime history of Northern Europe, today’s Latvia retains the charm of Hanseatic cities, while at the same time offering untouched nature, cultural heritage and developed modern economy. 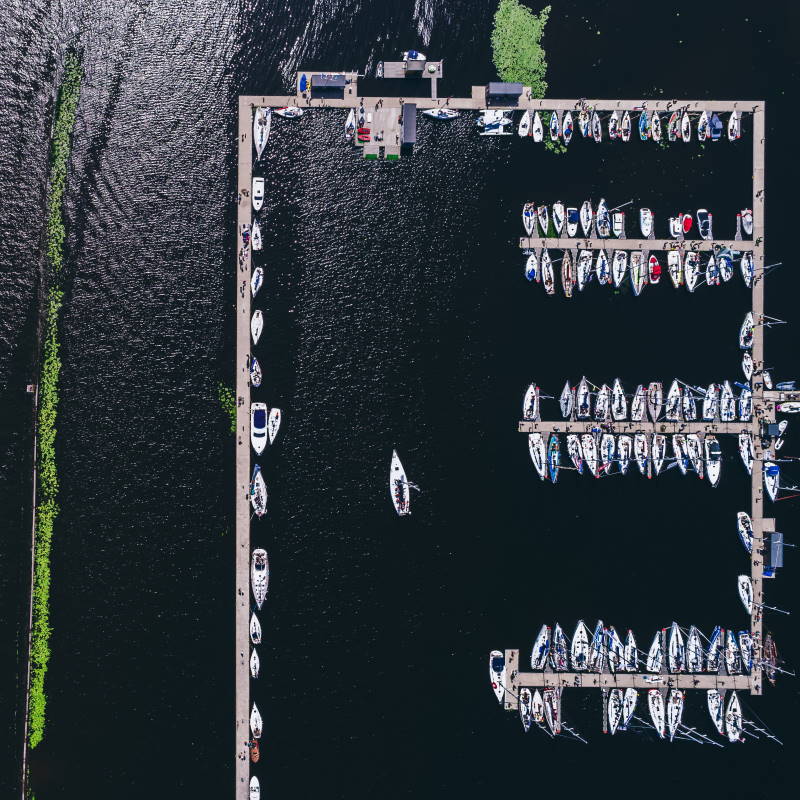 There are many marinas house yacht clubs, where one can not only rent a sailboat along with its captain for trips in the Latvian waters but also learn the art of sailing. 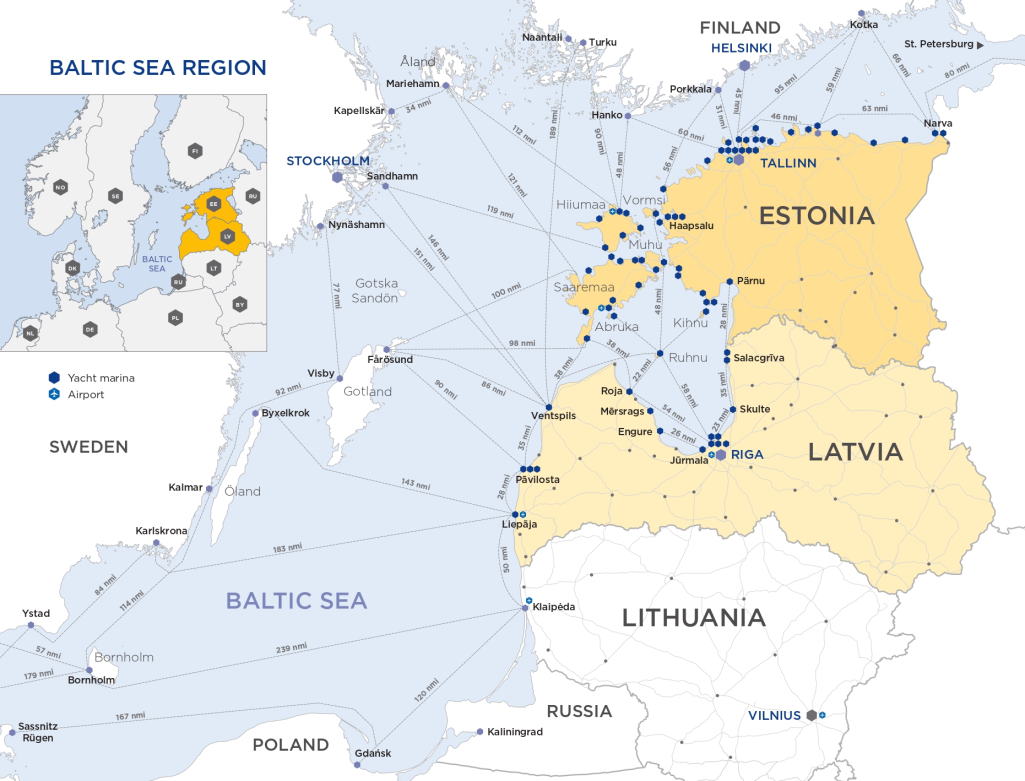 Sailing conditions in the Baltic Sea

The shortest crossing from Latvia to Sweden is 80 nautical miles, and from Estonia to Finland – 25 nautical miles. There are over 2200 islands and islets in the region.

The Baltic Sea has a temperate continental climate. Spring and autumn are relatively long in the coastal regions of the Baltic Sea. Winds from the N and NE bring cold arctic air to the area, resulting in severe frost in winter. W winds bring humid and E winds bring dry air masses to the Baltic Sea, determining the local precipitation pattern.

The region’s climate is warmer and more humid than elsewhere at this latitude. The average temperature in the East Baltic is -6°C in January and about 17°C in July.

On clear summer days, the temperature climbs over 30°C and is above 23°C on most days during summer.

Good visibility is a common feature on the East Baltic Coast. In about 80% of observations, visibility is greater than 5 nmi in summer.

As a result of relatively high humidity and the thermal contrast of land and sea, fog is quite common on the coast and above the coastal sea, causing visibility to drop to less than 0.5 nmi. During the warm season, the temperatures that generate fog in May are 4…5°C and in July – 12…15°C. From August till October, fogs emerge most often at low temperatures – 2…12°C.

The sky is usually cloudy in cyclonic conditions, and clear in anticyclonic conditions. Cyclones reach the region quite rarely in spring and summer, most frequently in November and December. There is a very close connection between cyclonic activity and the amount of low clouds (stratocumulus, stratus, nimbostratus). Cloudiness is the highest in November and December. 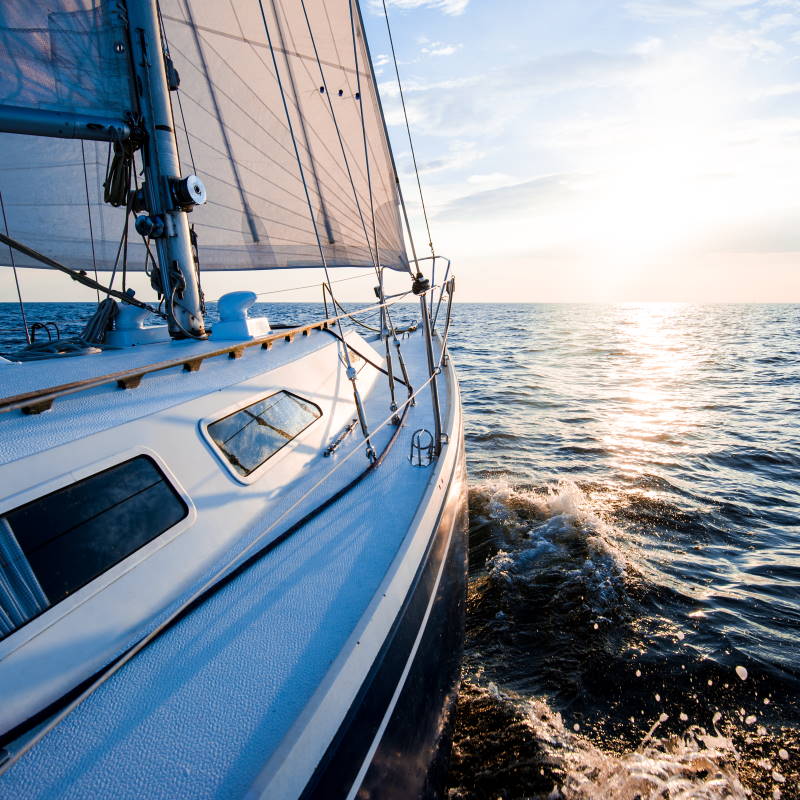 The Baltic Sea, as a typical inland sea, is separated from the ocean by the narrow and shallow Danish Straits. Limited water exchange through the straits determines the hydrology of the brackish water and the dynamics of the water masses in the Baltic Sea. Research has shown that tides in the Baltic Sea cause only minor fluctuations in the water level, 5–7 cm.

The Baltic Sea is a relatively small and closed area. Quite sharp wind waves predominate, having mainly the same direction as the wind in the open part of the sea. The Baltic Sea is mostly calm during spring and summer.

During light and moderate winds, the wave height in both coastal and open sea is relatively even. Wind speeds of 6–8 m/s produce waves of the significant height of up to 1 m, and wind speeds of 9–11 m/s produce waves up to 1.5 m. In even stronger winds, the wave height substantially varies in different parts of the sea, depending on the wind direction and persistency and reaches its peak in 6–8 hours. 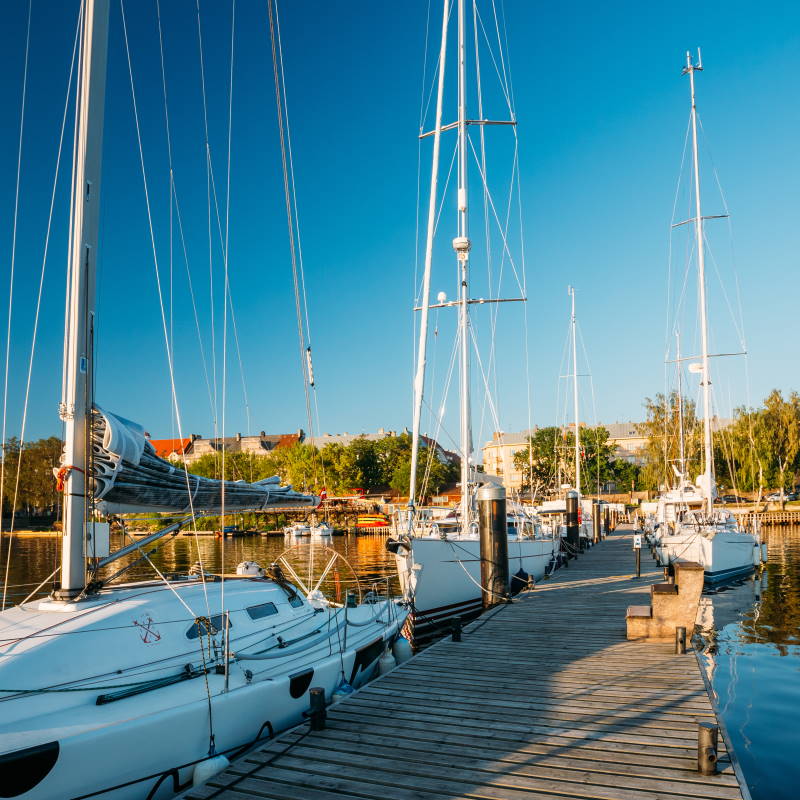 For more information about marinas and ports, suggestions for sea routes, and different activities by the water and water sports check out Coastal Guide (*pdf).

Use the spacious coast of the Baltic Sea, as well as the many lakes in Latvia, and engage in wind sports. Join our windsurfing enthusiasts...

From big city sophistication to heartfelt country hospitality, Latvia has a warm welcome for every visitor. Discover ancient castles,...