The city in the heart of Latgale invites you to enjoy famous Latgalian hospitality, hear Latgalian language and get acquainted with the diverse offer of culture and recreation in the Rezekne city!

The Embassy of Latgale GORS – a place with a soul, where traditional meets modern! 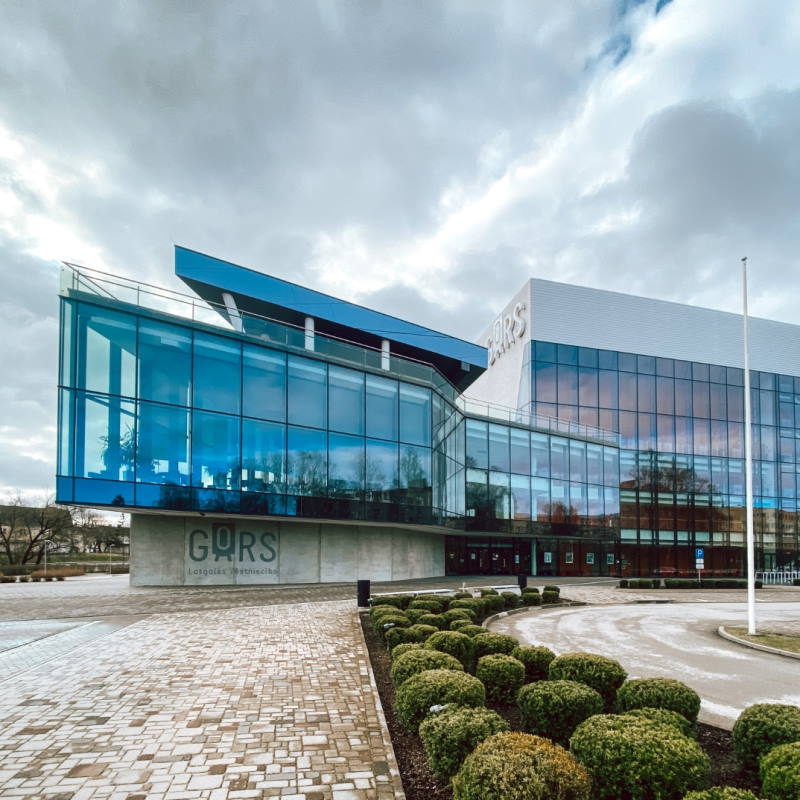 The Embassy of Latgale GORS is a world-class acoustic concert hall. Cultural heritage and ancient values, traditions and creation, the language and events, the most significant global trends, art, culture, dance and songs converge here.

Adventures and learning in the Latgale Culture and History Museum 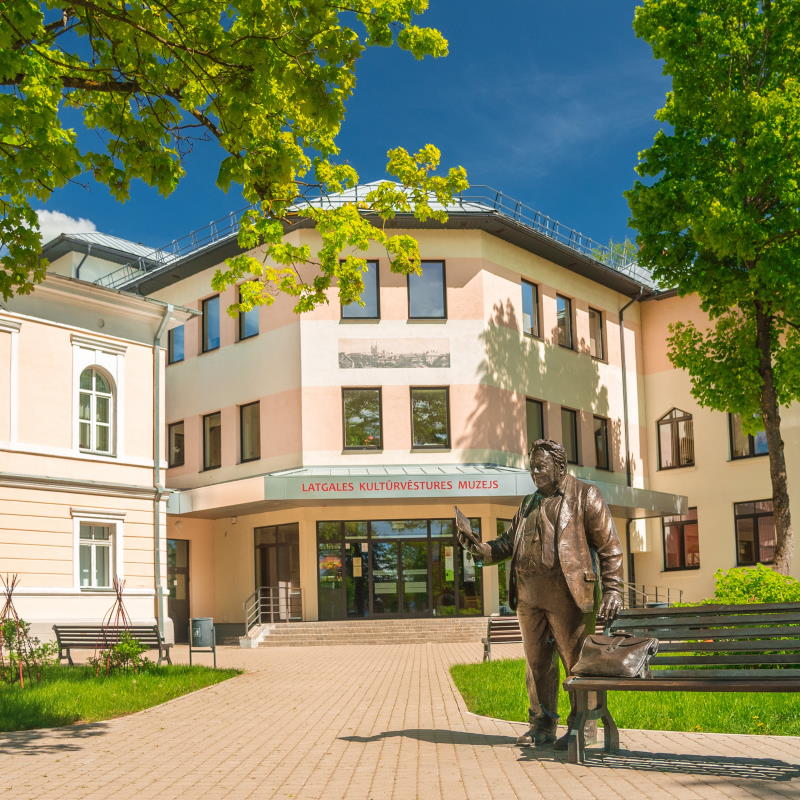 You can learn more about the history of the Rezekne city, enjoy various art exhibitions, exposition of Latgale ceramics, as well as take part in creative workshops. In the square next to the museum, smile at the sculpture famous Latgale poet, artist, actor and director Antons Kūkojs (1940-2007).

Feel the touch of history on the Rezekne Castle Hill 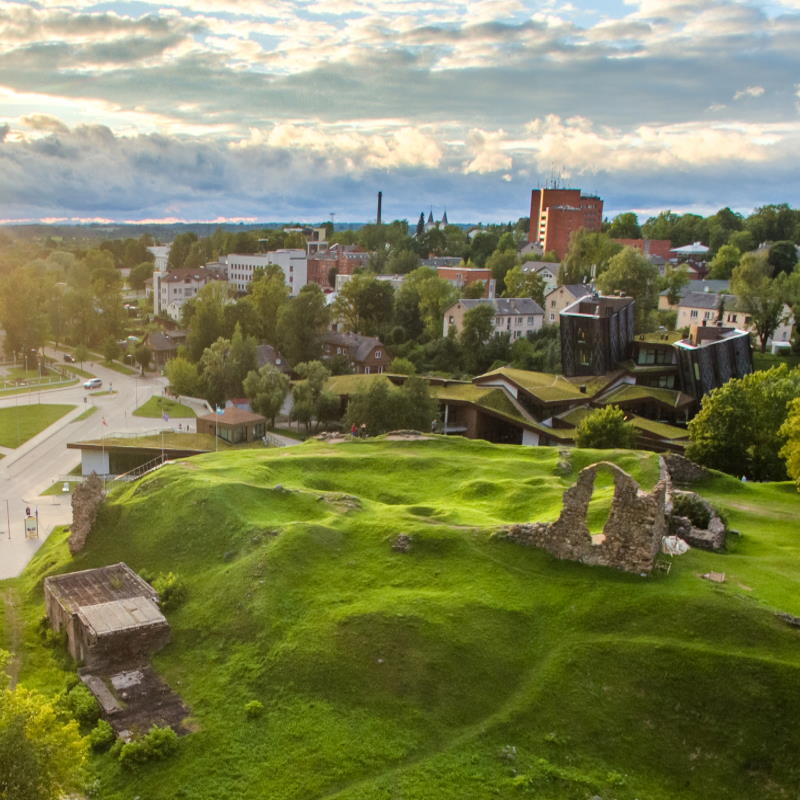 Medieval castle ruins are the oldest historical monument of the city. A fortified settlement of ancient Latgalians was located on the hill on the river bank from the 9th to the 12th century; at the end of the 13th century the castle of the Livonian Order (Castrum Rositten) was built there. 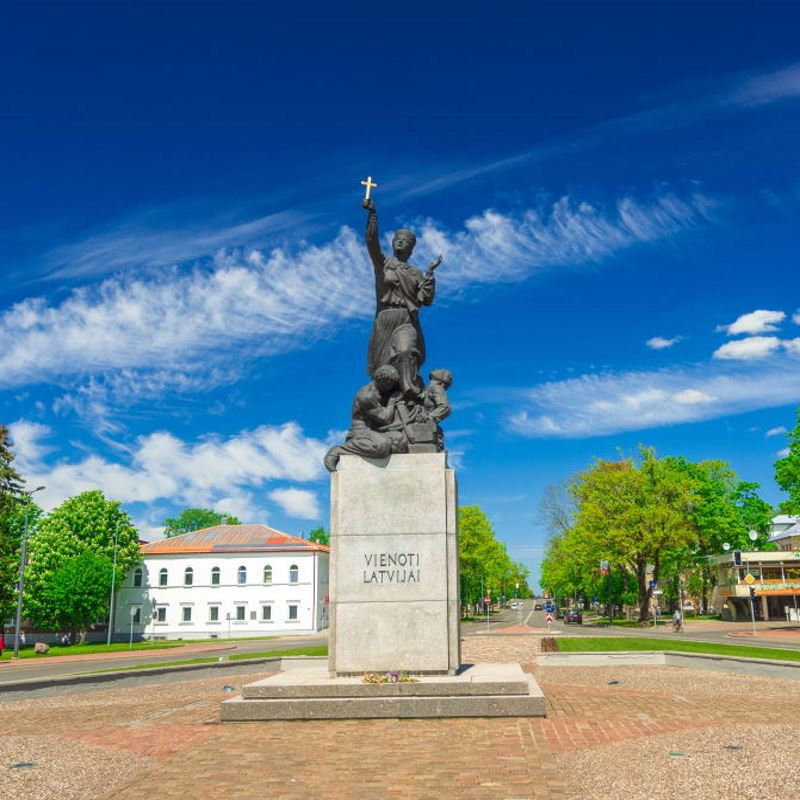 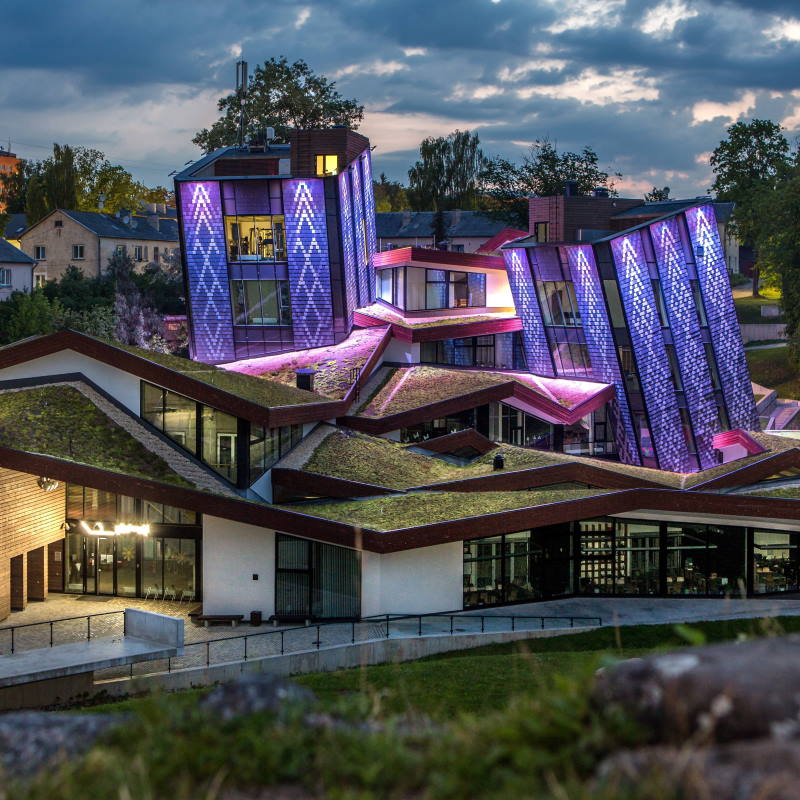 Go up to the terrace of the “Zeimuļs” tower and enjoy a wonderful view of the old city. This building is special due to its bold and unusual architectural solution – green roofs and leaning towers, on top of which there are sightseeing platforms, offering wonderful views of the castle ruins and the historic part of the city. 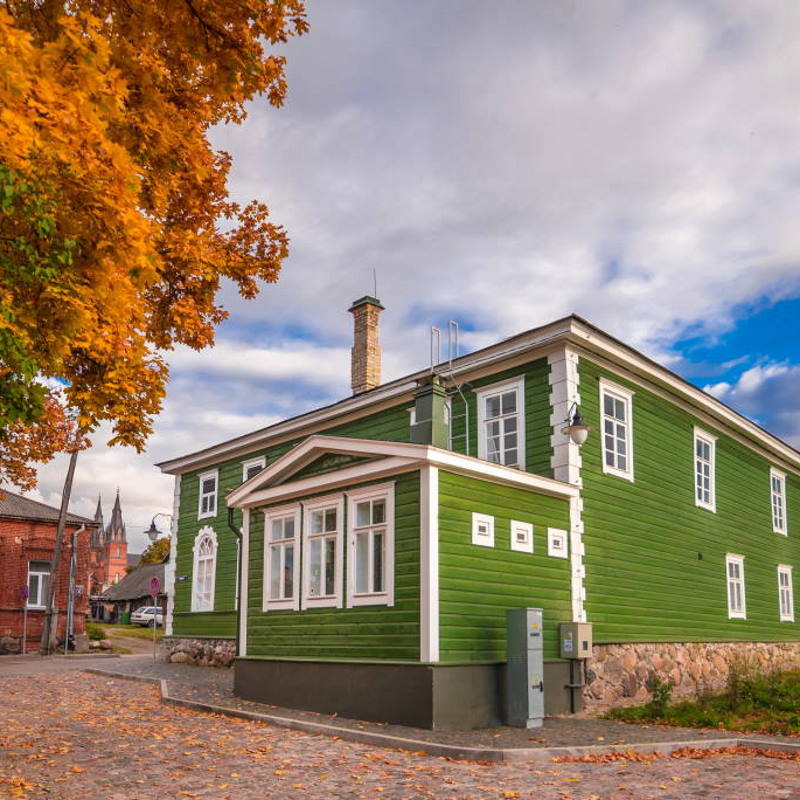 The wooden architecture heritage in a modern urban environment invites you to get acquainted with Jewish culture and traditions. The Rezekne Synagogue is the oldest wooden building in the city (1845) and the only one of 11 synagogues that have survived up to the present time.

House of Art – a place for cultural gourmets 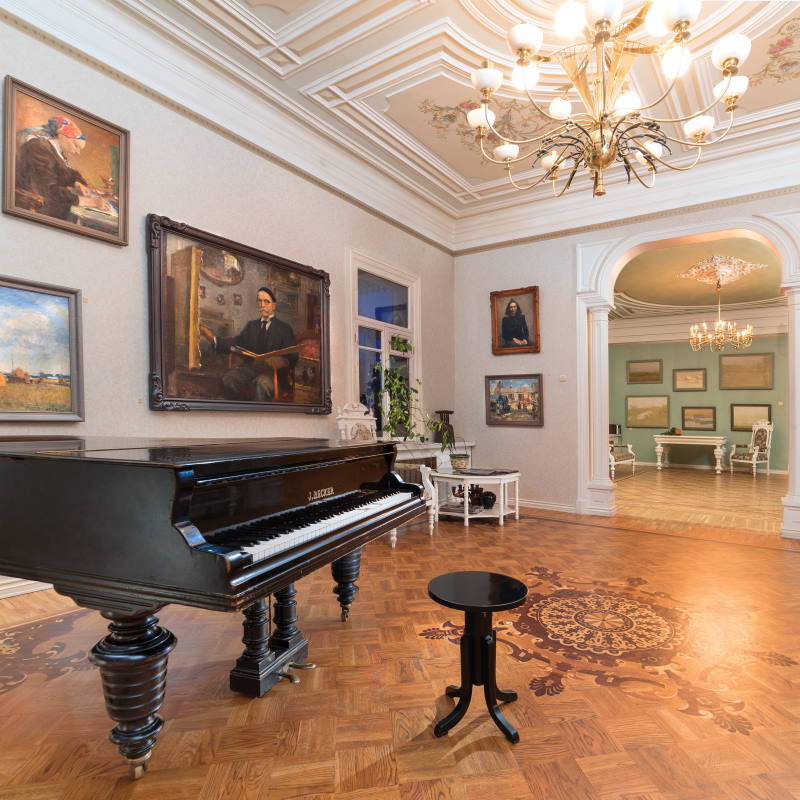 The building with rich woodcarvings on its facade amazes with its architectural solution and luxurious interior elements. The art works exhibited at the premises reveal the best collection of Latgalian artists’ paintings that has been created since the 30s of the 20th century up to the present day. 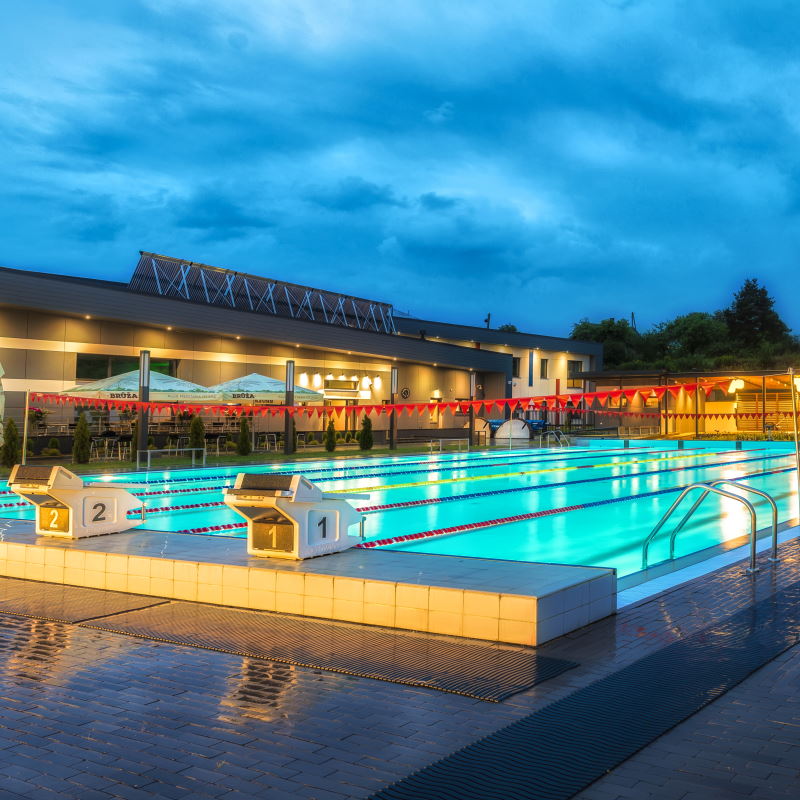 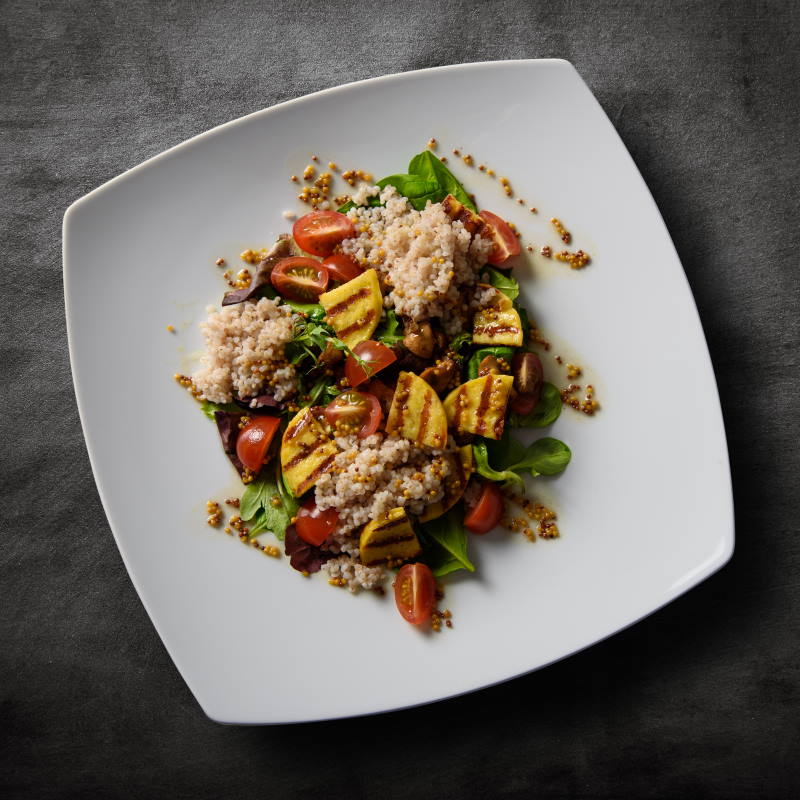 A unique offer made by the cafes of the Rezekne city, in which special dishes from pearl barley have been developed and included in their menus, allowing to view the traditional culinary heritage of the region in a new light. A varied menu for every gourmet will allow to discover new nuances of flavor.

Rezekne Cathedral of the Sacred Heart of Jesus 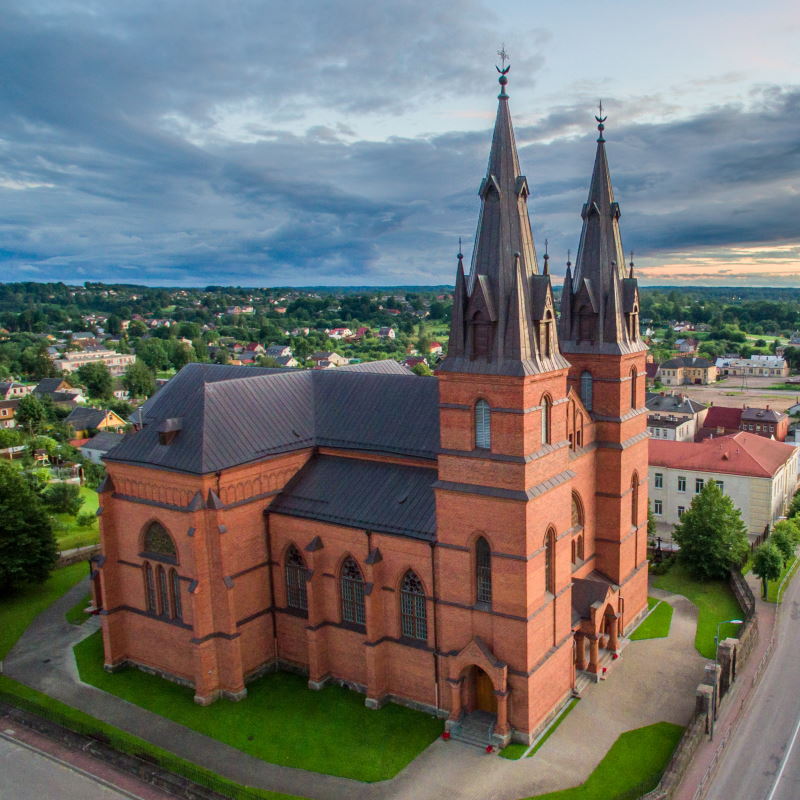 An impressive cathedral built in Neogothical style with two towers, rich decoration of architectural details and interior decoration of the late 19th century.

Latgale - the Land of Blue Lakes

It is not without reason that Latgale is also called the Land of Blue Lakes, as it boasts more than 1200 lakes, some of which are open,...

Have you ever wanted to stay overnight in a three house, bubble or on the lake? It is totally possible here, in Latvia! If you are planning...

The small lake with its clear green-blue water in the middle of a bilberry forest, also known as Čertoks, Čortoks and Čertaks, is situated...

In 1399 German crusaders built a powerful fortress on the hill between Small and Big Lakes of Ludza. The three-story stone building with 6...

The Embassy of Latgale GORS

The Embassy of Latgale GORS is the first built in Latvia absolutely new acoustic concert hall, one of the most significant cultural...
Load more items
Tourism centre nearby: