Never experienced flying through the air? Come to Latvia! Here you will find a whole bunch of exciting and fun entertainment possibilities both outside and indoors – wind tunnels, bare foot paths and adventure parks. 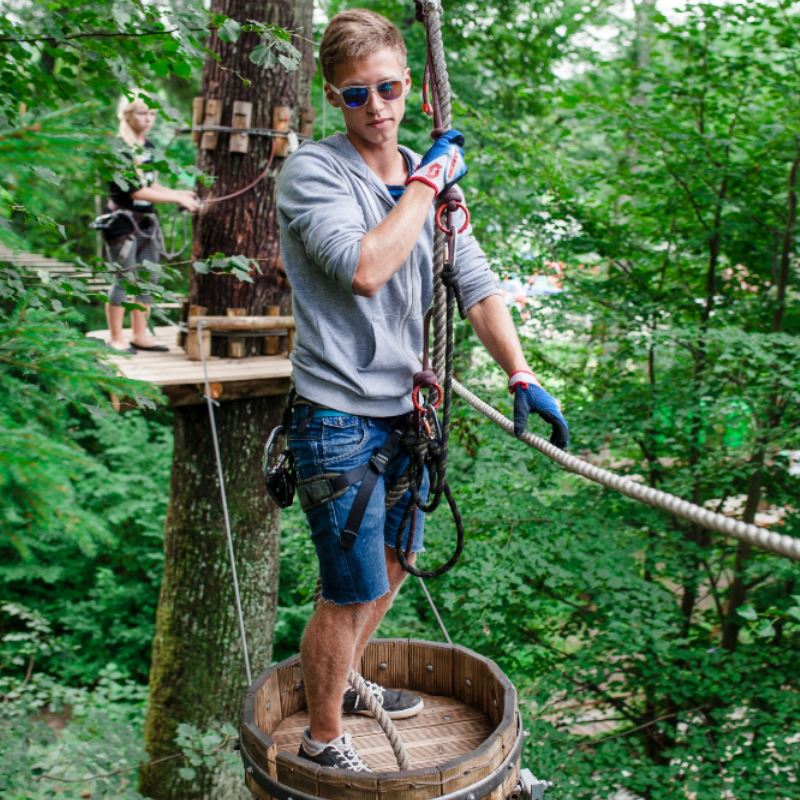 Riding a BMX bicycle on a track built in trees? It is possible! The Tarzans adventure park in Sigulda is the largest such park in the Baltics, which features over 100 obstacles of various difficulty levels, of which the highest is 20 meters from the ground. 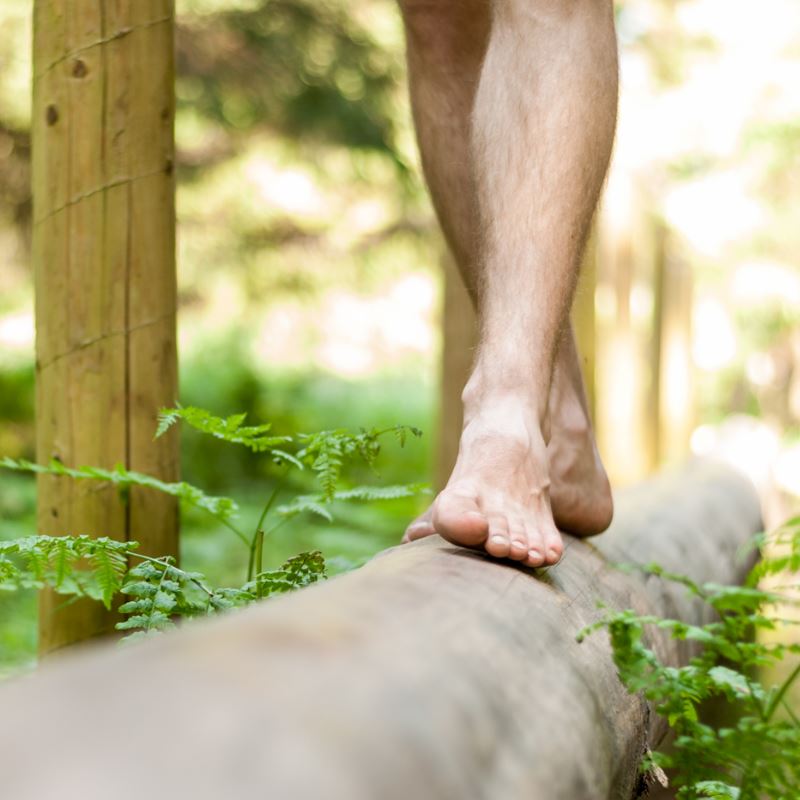 What is that under your feet? Pebbles, moss, sand? You can make your best guest while visiting the Valguma Pasaule recreation complex, which features a bare-foot path.

It is possible to experience a wide range of senses while taking a bare-footed walk on this path. The meditation labyrinths are also recommended! 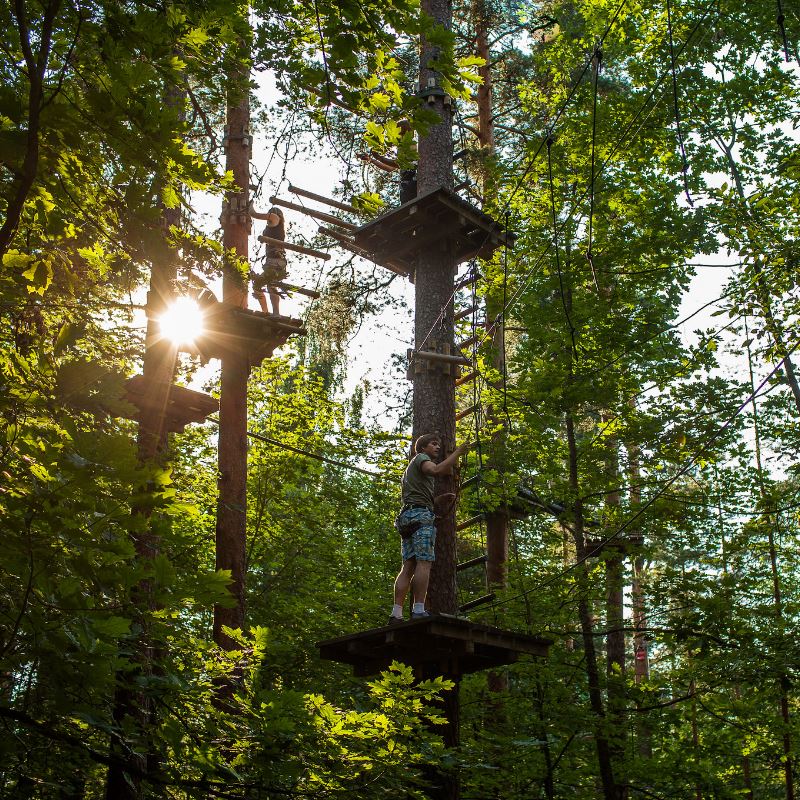 There are various adventure parks scattered around the country, even in the capital – visit the Mezakakis adventure park in the Riga suburb of Mezaparks, located on the banks of Lake Kisezers.

Park of Senses on the Gauja River in Valmiera 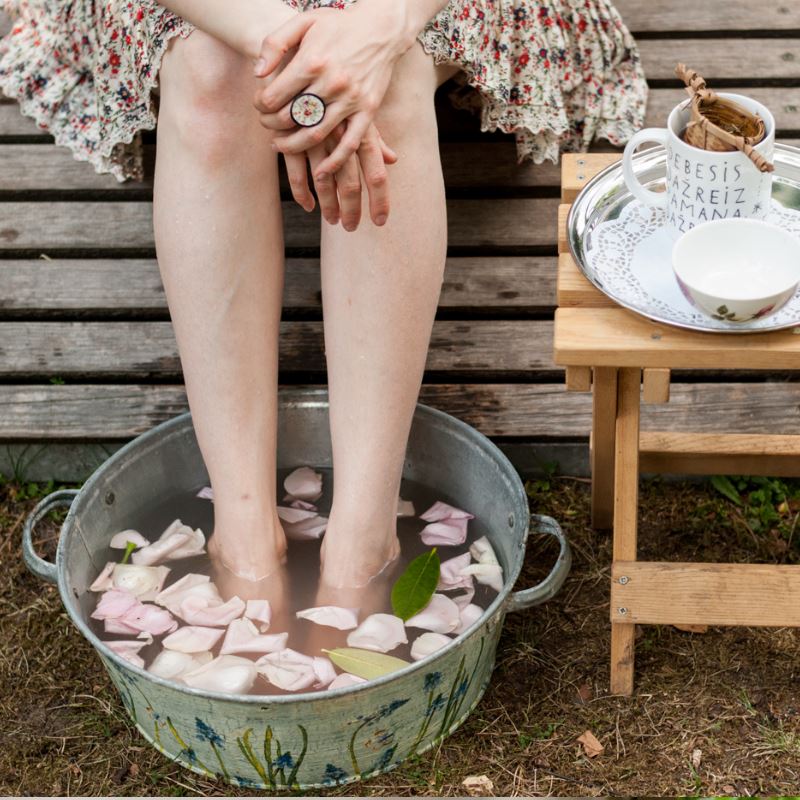 It is possible to awaken all five senses during a visit to the Park of Senses on the Gauja River in Valmiera. It is possible to enjoy the stunning scenery on one of the park’s paths, as well as guess what is under your feet as you walk on the barefoot trail. 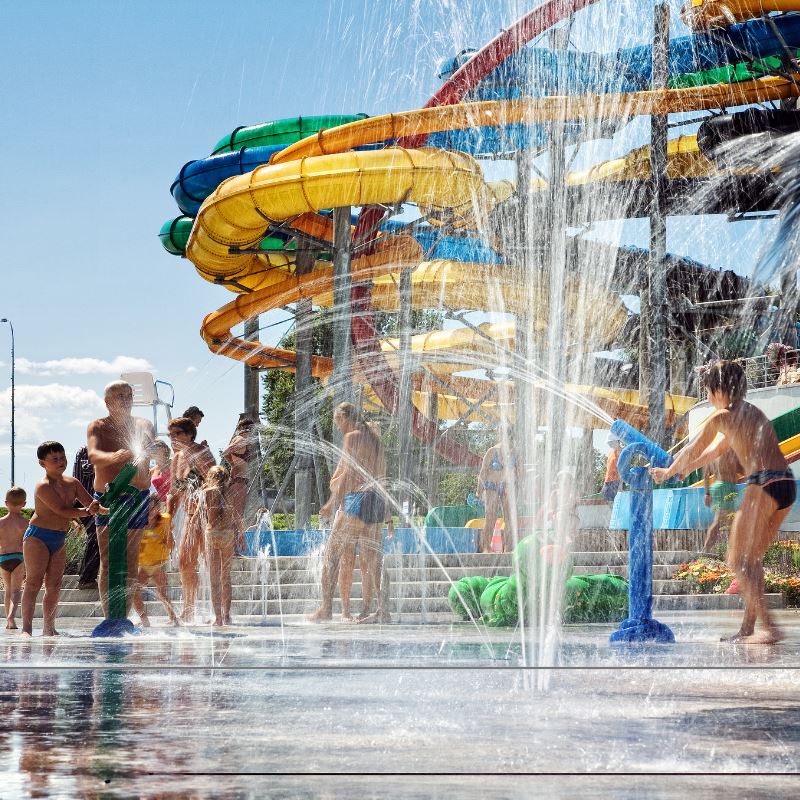 Allow yourself some fun in the water at Līvi Aquapark – the largest indoor water park in Northern Europe. The park itself is divided into three territories, which can be enjoyed by both young and old – one featuring rides and active water fun, another area for families, as well as a spa area. 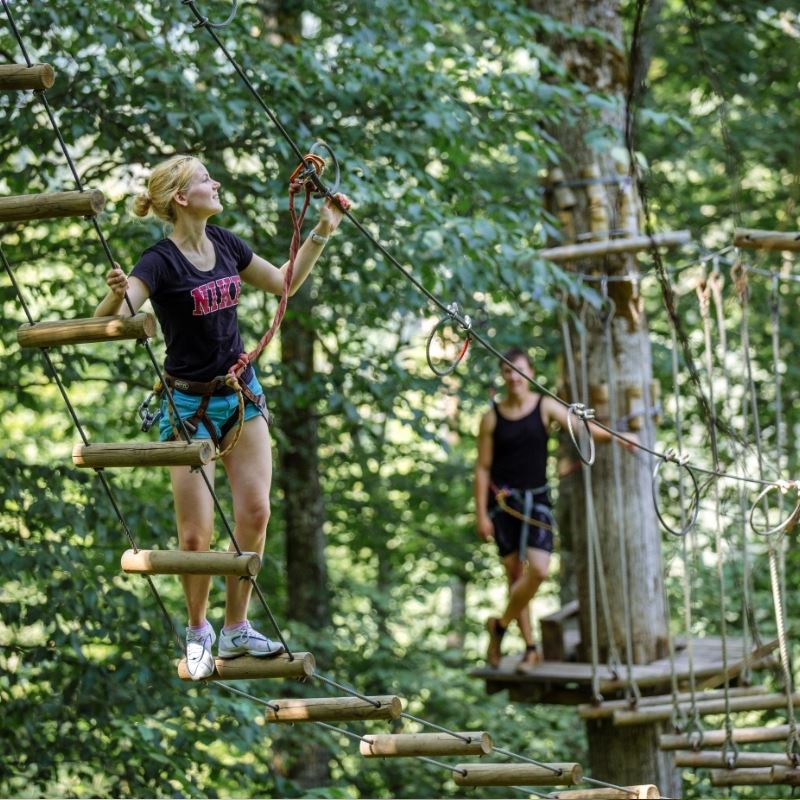 Mežakaķis amusement park in Sigulda has a total of 82 obstacles, which are divided into six routes of different difficulty level. Each route starts and ends on the ground. The last obstacle in each of the routes is a descent with a special roller down the truss.

Flying in the Aerodium wind tunnel 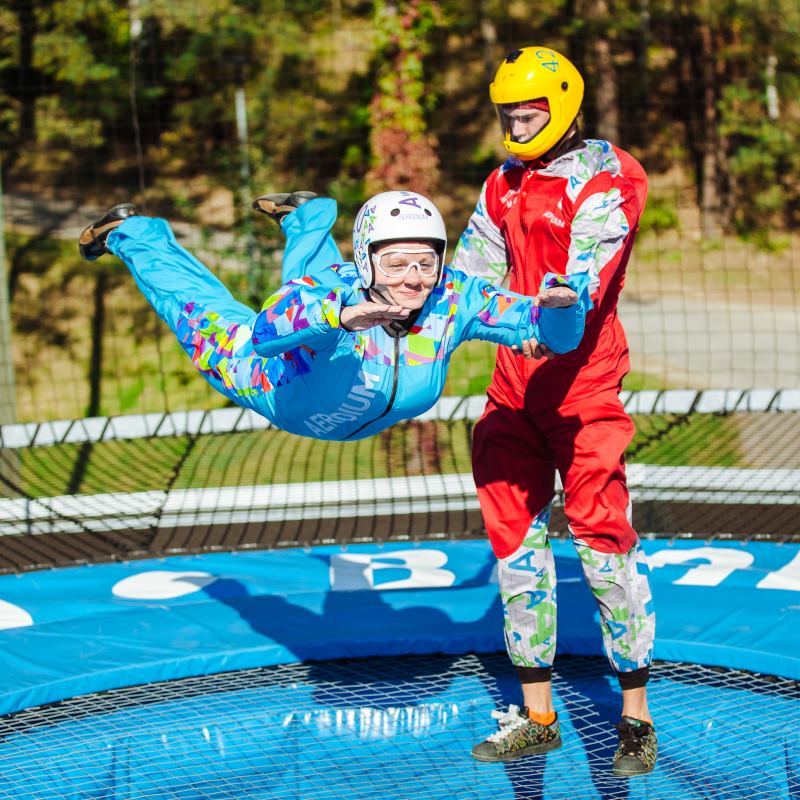 Do you know that it is possible for people to fly freely through the air in Latvia? All you have to do is visit Aerodium in Sigulda – the first vertical wind tunnel in Eastern Europe. The tunnel features strong wind currents, which allows persons to fly through the air without any additional equipment! 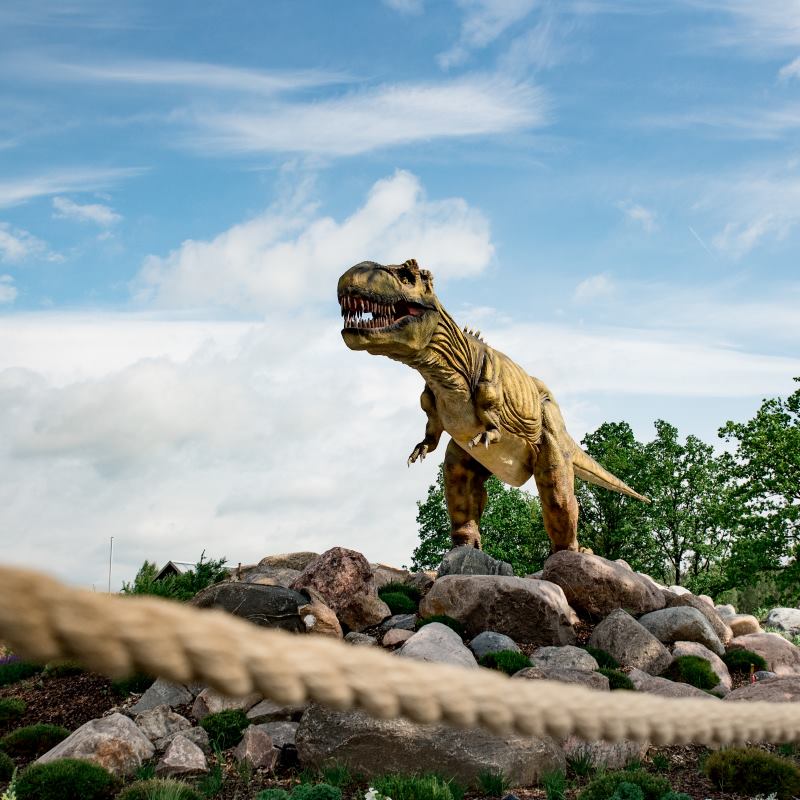 AB Park is a theme park, which derives its name from the "Avārijas Brigāde" (Emergency brigade) Latvian kids’ cartoon. One area of the park is entirely dedicated to the film.

Also in the park are a dinosaur trail, tube sliding track, an obstacle course, doll exhibition, go karts, an inflatable water pillow and much more, making it very easy to lose track of time as you explore them all.

Tarzāns Sigulda Adventure Park is the largest outdoor adventure park in the Baltics. Everyone who likes leisure activities will find...

Mežakaķis amusement park in Sigulda has a total of 82 obstacles, which are divided into six routes of different difficulty level. Each...

Livu Aquapark in Jūrmala, one of the largest wet amusement parks in northern Europe, is an exciting adventure and recreation facility for...

Do you wish to fulfil mankind's ancient dream - to fly freely in the air? Then head over to Aerodium! It is a vertical wind tunnel that...

Silene Resort & SPA is a unique theme park open all year round!

Go for a walk in the Gauja Steep banks Park of senses, where trails are made of various natural elements to awaken all five senses!
Load more items
print iconprint pdf
Last updated:
23.12.2020